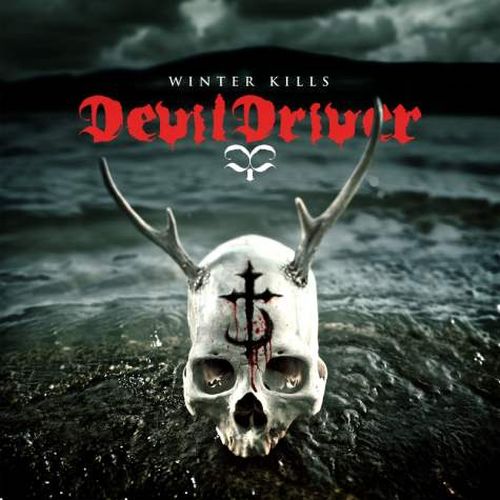 Devildriver with mainman Dez Fafara in front have a difficult history as a metal band. Starting out as a nu-metal band back in 2003 (and Fafara´s time in Coal Chamber) ,they have gotten quite a bit of negative feedback during the years.

They have slowly developed into a bona fide groove/thrash outfit (ala Machine Head) and their latest offering, "Winter Kills" is a power house of heavy metal with fast melodic riffs and Fafara´s unmistakeable raspy vocal on top.

I have never been all that into Devildriver but have seen theme a couple of times live and they kill big time live.

This energy and "no mercy, go f**k yourself" attitude is now captured on tape in form of 11 hard hitting new compositions lablede under "Winter Kills" (witch is their sixth opus since their formation).

The energy and full blown straight to your head outbursts that Fafara & Co manage to produce is quite astonishing. They manage to keep it groovy and listenable without being to hectic or just plain chaos.

Since I don´t have that much time listening to Devildriver in my past I can at least say that some of the material here reminds me of (a favorite of mine) Machine Head before they also went nu-metal (they are thankfully back to normal now again).

"Winter Kills" have enough metal to assult both new and old listeners and with the added groove they will for sure be an live act to watch out for next time they come visit.