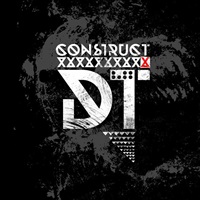 When you are a veteran act and one of the pioneers of the melodic death metal movement like Sweden’s Dark Tranquillity, it’s expected to venture into uncharted waters. The side turns that occur can be initially met with resistance or indifference, but overall the injection of gothic strains and left field keyboard parts took albums like "Projector" and "Haven" into original, fresh territory. No longer saddled with being the poster men for the "Gothenburg" sound, the quintet have evolved into an act that can be aggressive, melodic, and create impactful songs that display dynamic versatility from album to album.

On this tenth studio record "Construct", the 10 main songs on the normal edition (the digipack buyers get 2 more original cuts) pretty much run the gamut from engaging melodic death fare like "The Science of Noise" and "Apathetic" to the darker, keyboard driven numbers "Uniformity" and hypnotic closer "None Becoming" where you feel a lot of Paradise Lost or Depeche Mode influences come in to make Dark Tranquillity that much more expansive. Drummer Anders Jivarp gets amply opportunity to showcase more than a run and gun tempo approach, proving that when he sits into certain grooves he can lock in seamlessly with the guitars to provide this propulsive, relentless synchronicity that will move people brain to body. Topped off with guitarist Mikael Stanne’s dual clean alternative/ chilling death growls throughout, it is little wonder that "Construct" is gaining accolades all across the globe.

Favorites include the clean to ripping guitar contrasts within "Endtime Hearts" and the off-time action within the culturally moving "Weight of the End"- but honestly I didn’t find one song where I felt the need to skip ahead. The diehards may wish for a return to "The Gallery" or "The Mind’s I"- but then would we be talking about Dark Tranquillity in 2013 if they didn’t take the plunge into widening their musical focus?

Never has a namesake been so right, and we as listeners appreciate the years of creativity bestowed upon us.