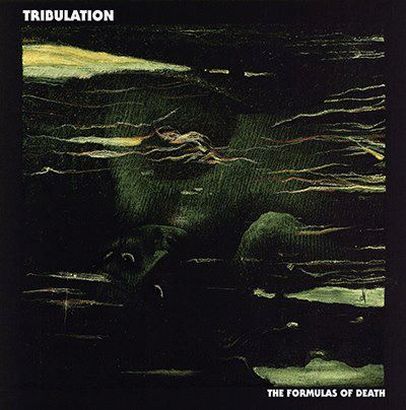 TRIBULATION – The Formulas of Death

Tribulation, after their fantastic debut "The Horror" back in 2009 my expectations was put way over the roof when receiving their sophomore release called "The Formulas of Death". To be honest with you, I am dissapointed. This is not the Tribulation that took the swedeath retro vibe to the max four years ago and delivered maybe one of the top 10 albums in that sound/genre. Tribulation four years later are way more mature, more confident in their presence and more complicated. This is progressive technical death metal with great riffs combined with a more mellow vocal than earlier. This should not be an obsticle and after a few listens the album really grows on you but I still cant shake the feeling that this is not the Tribulation we all know and love. Gone are the brutality and the angry drive, gone are the gore and horror and what is left is a sophisticated and well played piece of intelligent death metal. They have created something original, that one thing is for certain but is this what I want to hear when the logo says Tribulaton? Sorry, but no. I want my death metal raw, unpolished, relentless and pure evil. Tribualtion will give the old fans a real headspin but new listeners will sure praise this, for it is a good album. No doubt about it. Not just what I wanted. End of story.