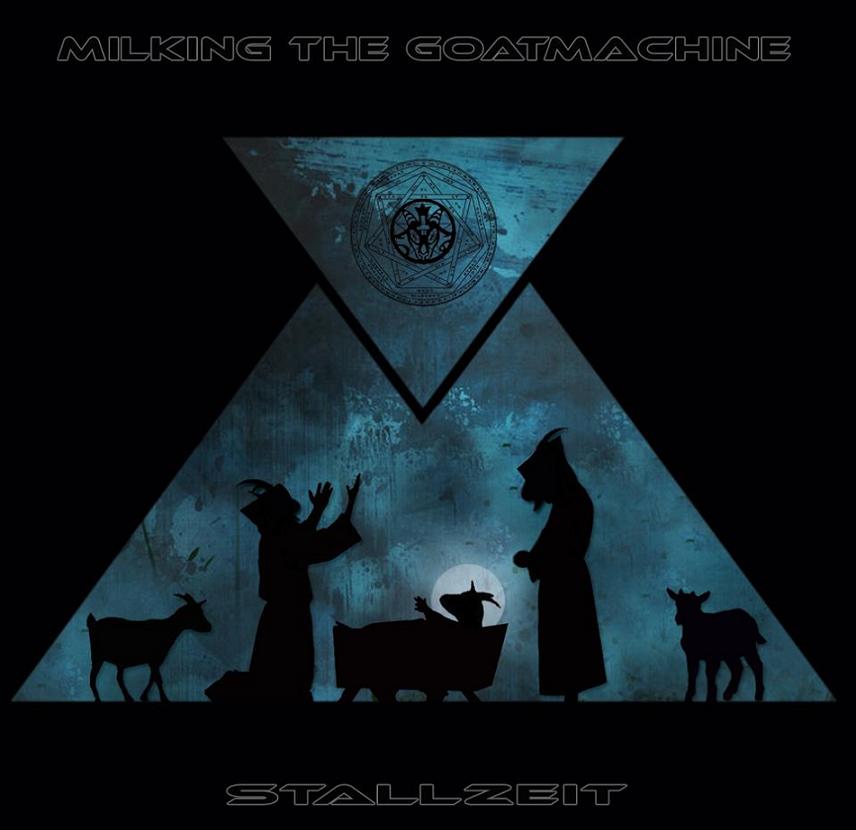 It may be an internal band joke about it or maybe there is something I´ve completely missed but a name like Milking the Goatmachine does not indicate the most serious metal band in the world. I had never heard any of MTG´s music before "Stallzeit" entered my inbox but I knew we where talking brutal deathmetal with some grindcore added on top.

"Stallzeit" is the Germans fourth album since their debut, "Back from the Goats" back in 2009 and the first thing that hits me is, the music is much better than the name. This is pummelig deathmetal with alot of slamming and an ultra low growl that fits the production perfectly. The sound is clear and all the instruments are present in the mix and said vocal is just pleasing to listen to. Think Dying Fetus with both low grunts and high shrieks.  The grind elements that are present is mostly on the vocal part, the music is primarly death metal.

The tempo is midrange but their arrangements makes the music appear faster and more intens that it may actually be. Personally this suprised me and MTG is for sure a band that I will follow more closely in the future.