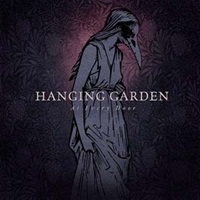 HANGING GARDEN – At Every Door

The opening guitar strumming, eerie background keyboards and thunderous doom drumming had me thinking this Finnish act would be taking us back into the lands of The Gathering circa "Mandylion" – if not for the death growls. Hanging Garden on their third album "At Every Door" unfurls their brand of doom metal with atmospheric, post-rock panache – employing multiple levels of sonic and vocal approaches as seems to be the norm from most acts hailing in Scandinavian shores.

"Ash and Dust" for instance has alternative, somber vocal refrains with added harmony for chilling effect, wrapped around a conventional death growl as the guitar work and organ sounds encircle and surround the arrangement- much like My Dying Bride swimming upstream against the hypnotic Ghost Brigade factor. The follow up "Hegira" plays off of a guitar effect meets almost electronica element as the vocals waver between distant spoken word and forceful doom/death passages. The shortest cut is the 4:24 title track- a sparse, mostly instrumental effort with Nino Hynninen’s keyboards and a series of open guitar squeals and occasional snare/ cymbal work giving the album a mid-period reprieve before the final third of the record careens your headspace with epics like "The Cure" and "To End All Ages".

Having not heard the first two albums, "At Every Door" appears to be a transition album for the band- considering three new members come into the sextet. Those who love recordings that can be examined and explored on a variety of levels- be it the isolation of instruments, melodies, or just provoking emotions buried deep within your soil- Hanging Garden could be one of the breakouts for your collection. I can see people into Katatonia, Ghost Brigade, even older gothic rock sounds really enjoying this record- which I think only benefits the overall audience appeal for the band.