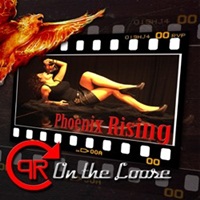 There must be something lately in the water about AOR musicians that willingly craft exquisite material even with the minimalist amount of musicians. The Italian group Phoenix Rising on their debut album "On The Loose" keep the focus on stellar songwriting and the right amount of keyboards to guitar laden musical hooks, while the vocals from drummer Titta Tani resonate well with the Boston/ Brad Delp era. Fellow musician Paolo Caucci handles the guitars, bass, and keyboards- and his adept, fluid soloing skills come into play frequently on both the axe and ivory camps for standouts like "Written on a Stone" and follow up "Fade Away".

The power ballad "Believe" has a little bit of an off tempo drum feel whereas the second ballad offering "It’s Up to You and Me" is much more in the prototypical variety with softer piano chords combining with the power guitar work like something you would hear from the Journey or "Amanda"-like Boston days. The closer "Talk to You Later" is their interpretation of the Tubes’ hit song, Paolo’s guitar parts more in line with how Eddie Van Halen would probably play this song during the days Sammy Hagar fronted the band and Titta getting a chance to express a little bit of his fun-loving personality during the verses.

Love the cover art too that incorporate a symbol of their band name and a little sex appeal- Phoenix Rising could be a band that in the coming years needs to get a touring lineup together, especially for festival situations. Another record from the new generation of musicians who understand all the finesse and nuances that make melodic rock/ AOR special to the 80’s movement.