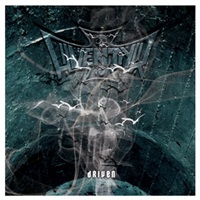 Over the past decade these Norwegian rockers may have started, stopped, and started again due to inconsistent lineups, but the current five-piece incarnation released the "Trouble" EP in 2011, leading to a new label deal and the thrill of a 10 song debut full length hitting the shelves. In 32 minutes you’ll understand that Aventyr bring in your face, slightly jagged rock back to the front of your mind.

Up tempo bashers like "Outside" and the title track may consist of simplified, 3-4 chord structures that Billy Idol, Motorhead, and Backyard Babies pump out with regularity, yet the enthusiastic, out of the box drum fills from Trond Vilnesl and the addictive background harmonies from lead guitarist Jan Tore Befring and guitarist Steinar Aven make lead vocalist Roger Olsen’s job that much easier. A simple ‘keep away’ refrain for "Betrayed", or a small lead break that can lead to an audience call to arms- "Driven" contains a multitude of these moments that keep my ears perked, tuning in for the next hook or groove that won’t leave my brain.

Aventyr also excel at a slinky, mid-tempo pace, shifting gears for "Tomorrow" which I can see being a permanent number in the set list, the bluesy main riff structure going down as smooth as your favorite beverage while Roger’s plaintive verses and chorus parts sung with that sly, call and response confidence the best rock singers of the world need. "Driven" isn’t reinventing the movement. You may think you are hearing Judas Priest/ "The Ripper" in the opening riff of "Crazy Roads", or even elements of Led Zeppelin meets Pink Floyd some into play in the vocals, riffs and soloing for "Trouble"- but they fuse their homage of the past to present pure body shaking songs.

When you need a break from the heavy, dense material in your discography and just want to crank the stereo up as loud as it can go, Aventyr could be your new go to band.