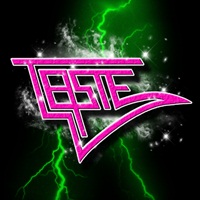 A Swedish duo that lives for the 80’s melodic hard rock and AOR scene, Taste consists of a brother team: Christoffer Borg on vocals, guitars, and keyboards while Felix Borg handles bass, drums, and additional keyboards. Writing material since 2009, they haven’t found suitable band mates when taking this material out on the road live, so they recorded this debut 11 song, 43 minute plus album all on their own.

Imagine a guitar sound circa Boston meets Giant from the 80’s and early 90’s days, keyboards that scream AOR (you know the type, with those bright, flashy tones) and Christoffer’s confident, soaring melodic range bringing material like "Don’t Give Up", Orion The Hunter meets "Fool’s Game"/ Michael Bolton-like "Danger Games" and epic, up and down tempo wise "My Rose" with a stirring solo in a White Lion meets Sunset Strip tradition.

Handling all the recording, mixing and mastering themselves, one wonders if Taste could have received a better sound in terms of the compression if they went to a bigger studio facility. There’s just something about the drum tone that once again doesn’t live up to the standards of 2013- I just feel it’s more synthetic and less natural when I can tell that Felix has clear chops and a feel for how to play melodic AOR.

Given the decent upswing for interest in this style thanks to small festival gatherings through the years and a series of magazines and websites delivering consistent, concentrated coverage on bands older and newer, I think Taste will gain some followers- but believe their best work still lies ahead.