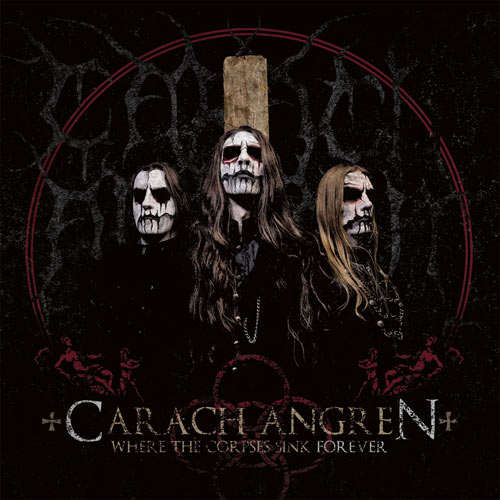 Carach Angren comes at you with full symphonic blast! An orchestra of war is the formula and fans of early Dimmu Borgir can sink their teeth into "Where The Corpses Sink Forever" with an evil grin. The Dutch trio have released their third full-length since the debut "Lammendam" back in 2008 and I admit that after a couple of spins I’m almost hooked. The theme is centered around WWII and they manage to create an grim atmosphere with their creative and epic black metal. The arrangements are really outside of the norm with a lot of tempo changes and obscure harmonies. Personally this is not my usual cup of tea but the melodic aspect of Carach Angren’s music and the easy hooks are really getting to me. The vocal is cold but clear and easy to comprehend, but it is the albums weak point. I would rather have it a little more grim and evil, especially on the parts where the music calls for it. "Where The Corpses Sink Forever" is a good symphonic black metal album for the ‘not so fan of this kind of metal’ and a great album for the ‘uberfan of the pompous and epic black metal’.