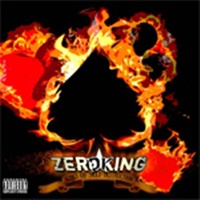 Hailing from Huntington, West Virginia, this four piece Zeroking have a 13 song album in “Kings Of Self-Destruction” that has one foot in the modern hard rock landscape and another straight from the streets of the late 80’s. Vocalist Andy Haught captivates with a strong, clean delivery accented with the occasional well placed scream- most evident on “Forget Vegas” and the down and dirty “Black Friday”. Drummer Chris Webb keeps the tempos simpler with the right cymbal and fill accents- much like Tommy Lee would in the older Motley Crue days- on another winner “She Said”. The swanky, acoustic-tinges come out on the party anthem “Southern Lady, Ex-Godiva” and we also get some guest female vocals from Stacee Lawson on the duet “Love Is Dead”.

Overall I think Zeroking have an appeal that can spread from the Hinder and Buckcherry crowd to those who miss the days of early Guns N Roses or L.A. Guns.  There’s a nastier edge to the title cut that I’m certain goes over like gangbusters in a live situation- guitarist Shane Day throwing down the essential body shaking riff as Andy cajoles with his lyrical taunts. Thankfully the production values are loose and lean- Zeroking know that the fans want to feel the blood, sweat and tears pouring through their speakers and I can feel the grit and grime beneath these arrangements.

There’s a segment of the population that desire a band who mirror the decadent lifestyle and project it in a palatable product. “Kings Of Self-Destruction” embodies those principles- so if you don’t mind occasionally explicit lyrical imagery, Zeroking could be you bridge to the party, sex and rock den of aural desire.

EYE BEYOND SIGHT – The Sun and The Flood