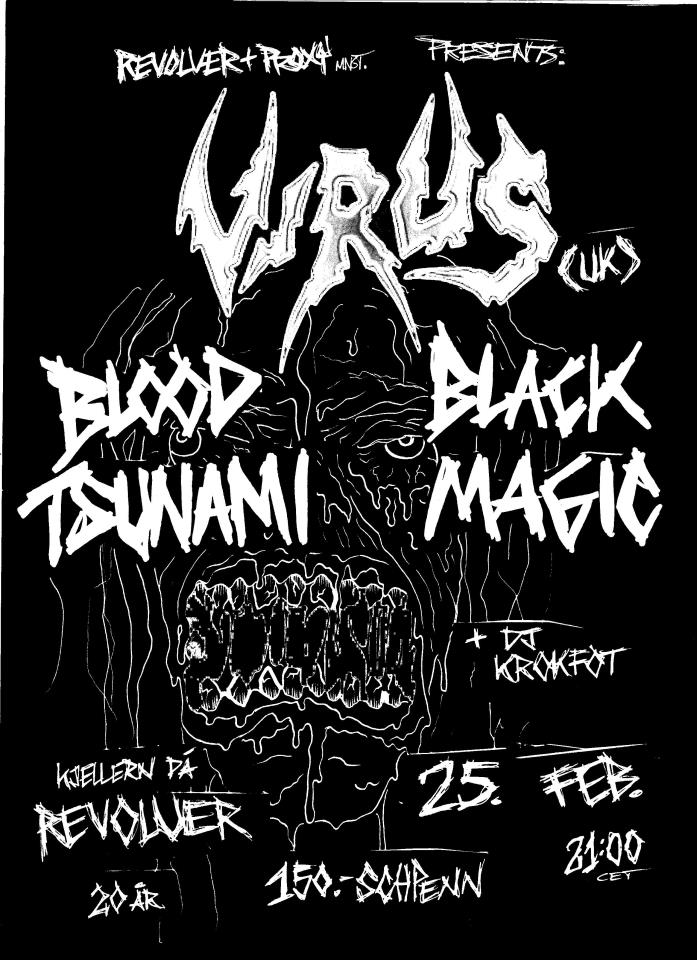 Virus, originally formed in Brighton, are now based in London, United Kingdom. Stated on several occasions as pioneers of UK thrash metal, and were quoted as "the badboys…" of their genre due to their live shows usually ending up in massive brawls, they have always remained a highly regarded force on the underground circuit.

Black Magic are one of several great bands from Norway playing perfect old-style (blackened) thrash, though this is more like thrashened black metal in my opinion. I actually messaged frontman and tormentor, Jon Doom, about an interview a few months back. He sent me their new demo tape (which is insanely evil and features the first demo), though he admitted that doing an interview wouldn’t really be his thing, so here we are, sans interview.

Forming in 06, Jon enlisted the battery unit that is Deathhammer’s Sadomancer on drums for the demo, “Raise The Dead“, which rules. But, I think the second one, “Reap Of Evil“, is that little bit grimmer and more evil and evokes the kind of feeling old Norwegian black metal used to. It sounds as if it was recorded eons ago by the undead. That kind of feeling. (Vice Magazine)

Blood Tsunami formed in 2004 with Pete Evil, Jay, Riff Randall and Dor Amazon. The band recorded their first demo shortly thereafter and made their live performance debut on August 24, 2004 as the support act for Swedish death metal legends Entombed. That was followed by a support slot for American death metal band Deicide a few weeks later. The original lineup proved to be unstable though, and both Jay and Riff were replaced within a year: Bosse, who played with Pete previously in Hellride, took over the position as bass player, and Faust (Emperor, Aborym, Scum) moved in behind the drum kit. The revamped lineup entered Oslo’s Lion Heart Studios in July 2005 and recorded a second demo in three days.