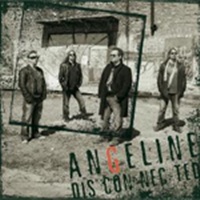 Swedish melodic hard rock is more than buzz worthy in today’s scene- it’s highly contagious. Founded in 1987, Angeline have been slugging it out in the scene off and on for 24 years, quickly releasing “Disconnected” after their spring 2010 “Confessions” offering. The 12 songs on “Disconnected” appear to have one toe dipped into the classic sounds of Def Leppard or Harem Scarem and another toe into the modern rock category a la Daughtry or 3 Doors Down.

“I Had Enough” for instance has the drum stomp out of Tobbe Jonsson that kicks with that Gary Glitter 70’s flair while the riffing within “Run Run Run” has The Cult in its main verse sights. Vocalist / guitarist Jocke Nilsson has this clear command of his voice, shimmering with slight southern rock meets hard rock swagger. Angeline also use some of the archive tools of the trade, employing the talk box affect made famous by Peter Frampton and Bon Jovi for parts of the four on the floor, mid tempo title cut.

Later in the album you sense the band’s ability to incorporate acoustic guitars and a bluesy motif while still keeping their ears on the radio prize with the ballad “If It’s The Last Thing I Do”- almost melding the greatness of the hair metal era with the aforementioned 3 Doors Down. I have no complaints on the production side or the arrangements.  Angeline understand that even in the melodic, modern hard rock genre, you better pump out more than the same three chords and tempos or you’ll lose consumer interest faster than the plunging economy.

So “Disconnected” should fit in well with those who miss “Hysteria” with a modern flair- as Angeline play from their heart and write engaging, easily digestible material.