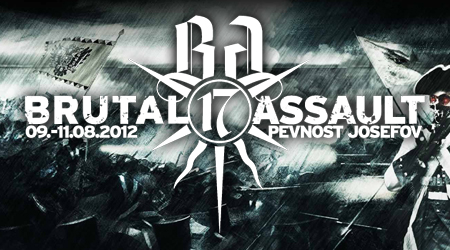 We are pleased to announce that American metal legend MACHINE HEAD is officially the new headliner of Brutal Assault festival 2012.

Masters of their craft and a band which has been redefining the genre of metal for two decades. Now, four years since the epic success of „The Blackening", new MACHINE HEAD studio album „Unto The Locust" was released this year.

The Old Fortress in Josefov is ready to host one of the most important metal bands in history. Be ready for MACHINE fucking HEAD!!!

UNDER THE BLACK SUN FESTIVAL 2012