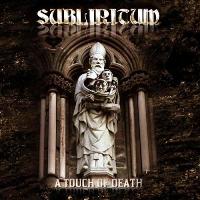 To clarify my black metal preferences, I am definitely not a purist of any kind. I prefer my black metal digital, perfectionized and with crystal clear production. Old school nostalgia does not excite me one bit. That being said, I also feel that a lot of the new school black metal in later years have become diluted by overtly bombastic orchestrations that dwells too much in soundtrack-inspired landscapes. This is not the case with Subliritum’s new album. Guitar orientation, flawless production and strong melodic content make this one of the best black metal releases of the year.

I have always thought of Subliritum’s first album as a forgotten Norwegian black metal gem. I was therefore anxious to see what these guys could do with their sophomore album, with nine years in its making. Already from the first track I knew that I would not be disappointed. Opening track “No Tomorrow”, perhaps the strongest on the album, is a beast of a track. Incidentally, this is the only track on the album that strikes me as generic in its composition. Still, the track is done to perfection, and I daresay that this is the best new school black metal composition I have heard in years. The rest of the material on the album is equally strong in its own right though. Whereas the opener has a somewhat classic black metal buildup, the remaining songs are infused by original riffing and song structures that requires a bit more effort by its listeners.

Since most new school black metal today is less guitar-oriented than “A Touch of Death”, it definitely comes as a fresh wind in today’s metal scene. The only band even remotely comparable would probably be Keep of Kalessin, but they are clearly more traditional in their expression, even though they are guitar-oriented. Keep of Kalessin, in the vein of the classic guitar-oriented black metal ala Immortal and Satyricon, rely on repeating their riffs persistently and focus on cold moods and evil atmospheres. “A Touch of Death” on the other hand does not dwell long on any riff, but spew out a steady stream of tight transitions and innovative twists and turns.

If the more technical brilliance of Old Man’s Child (“Ill Natured Spiritual Invasion/In Defiance of Existence) or Thyrane (The Spirit of Rebellion/Travesty of Heavenly Essence) is on your list of black metal favorites, this album should be acquired pronto.  This is not to say that “A Touch of Death” is not for everyone. This album should apply to fans of Emperor, Dimmu Borgir (before “In Sorte Diaboli” where they ran out of interesting ideas for their guitarists), Kovenant and Grand Alchemist (another hidden gem) alike. For us who prefer technical instrumentation over symphonic grandeur, “A Touch of Death” is the best Norwegian black metal release in years.