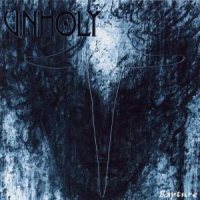 I am the first to admit that doom metal isn’t usually my cup of tequila. I do have some few doom metal outfits that I return to, but these tend to be bands leaning more towards mid tempo than actual funeral tempo. Of bands playing really slow the only albums that have had an impact on me is a few of Runemagick’s albums, Virgin Black’s masterpiece “Elegant…and Dying” and my personal favourite; Godgory’s “Way Beyond”.  This is why, when I grade Unholy’s “Rapture” as “high” as I do, it should be taken as a compliment.

If the album was consistent with its better tracks it would have gotten even higher score, but there are just some bits I don’t get. After the intro it starts well with two strong compositions. Both of which are varied and exuding of melancholia. Second track has some nice female vocals which also work well. Forth track, “Wunderwelt” also works well, but I lose interest in the lengthy mid section. Next track up is called “After God”. It is shorter, straight forward and I love every second of it. Not one ounce of unnecessary filler material in eyes sight.

Following this strong first half of the album “Unzeitgeist” opens with some weird bass lines, only to be released by even weirder vocals. This song I don’t get at all. The last two songs are mainly instrumental. There are a few grunts on the former and chants on the latter, but nothing really keep my interest up. The two bonus live tracks are for collectors. Terrible live sound and it also reveals some apparent shortcomings in the bands lead singer. All in all, a quite enjoyable doom death metal album. Not a classic, but worth checking out.