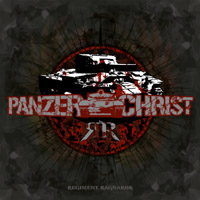 I liked the Danish death metal elite Panzerchrist when they released their fourth album "Room Service" in 2003. There was something about the brutality in their music that was un-Nordic. It was unlike everything else I had heard from Nordic bands, at least Danish band. But it was mostly no more than the brutality of the music and "Room Service" ended up as a dust collector in my shelf. Now eight years have passed and the band has released a full length, they have left Mighty Music and ended up on Listenable and they have replaced 3/5 of the band members including a new drummer and a new vocalist. Changes like this tend to change a band’s musical expression in some degree. In Panzerchrist the change is for the better.

From being a pure death metal band 8 years ago, they now become an extreme metal band that mixes and tricks and jumps between death metal and black metal, or as you may call it, extreme metal. By that I mean that you can find both death and black metal in the same song and it is impossible to say which genre each song is. There are many tempo changes and the songs are anything but boring, which I unfortunately believe that they were previously. Some parts and songs you get the hang of after just one or two rounds, while others might take a bit longer. There are fortunately no songs here which have the lack of identity The result is that the album is really good.

There are some similarities with the music of Panzerchrist on "Regiment Ragnarok" that can be compared with the Norwegian extreme metal band 1349, and that should tell something about how fast and brutal Panzerchrist have become and at the same time that they have included black metal in their songs.

"For the Iron Cross" is possibly the album’s strongest track. "Ode to a Cluster Bomb" is also a massive tune that should be highlighted as one of the highlights on this album along with the opening track "Prevail", "Metal Tribes" and the drums on the last track "Time for the Elite", simply amazing.

CRIMSON WIND – The Wings of Salvation