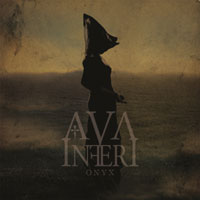 Fourth album in, and the identity is set and written in stone. I mean, don’t expect any blastbeats or progressive tracks going in all directions every thirty seconds. Carmen and Rune and their two depressed ones, Jaime and Joâo, have created another spellbinding effort where the music is cool, but the atmosphere is most important. If we think of the songs, note by note, the two better tracks are "A Portal" and "The Heathen Island". They are both earcandy and have that magick that connects the listener and the band. Carmen’s haunting vocals and the basic rhythm of "A Portal" make me drift towards countries next to warmer water. In example Portugal…

But it is the great "The Heathen Island" that makes the album to these ears. Carmen sings in a soar, beautiful way, with much longing in her tears. And the basslines that accompany her voice is great, with the guitars lifting the parts here and there. Excellent. Therefore it’s a bit sad that this track and the aforementioned reduce some of the others to lesser tunes than they probably are. "Venice In Fog" for instance turns into a song that doesn’t move as it moves along… This also goes for a couple of other tracks, with the result that "Onyx" is an album that has its great moment, but also those that do not make me shiver in ecstasy. "Burdens" did more for me, speaking of the albums as whole entities.