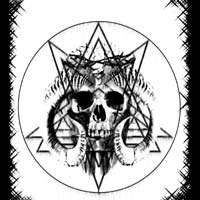 I’ve never heard of Valoton before, and neither have you, I suppose. The reason is very simple: Valoton is a new black metal band from Finland and it’s built around a bunch of anonymous members. The band wasn’t obviously gathered for money and fame, but to spread their Satanic message in the deepest black metal underground.

I am actually very surprised how professional Valoton’s music is. It’s very furious, fast and aggressive black metal spiced with lots of nice melodies, some calm parts and even some female vocals here and there. Actually it’s quite weird that Valoton sounds quite Swedish, and the riffs of the songs like "Cut the Chains of Flesh" are almost Dark Tranquillity-ish. Very, very interesting!

Even though the music is melodic and very technical, "Beastificate" is lightyears away from being "gay black metal". Although the band is called Valoton (which means Lightless in English) the music of the band isn’t very dark or depressing. It’s actually very energetic and almost uplifting which isn’t very common in Finnish black metal music.

"Beastificate" must be one of the best black metal debuts I’ve heard in a very long time, so hopefully we gonna hear of this in the future as well.