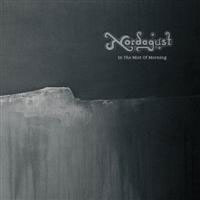 NORDAGUST – In The Mist Of Morning

When a band is compared to great bands like  Anekdoten, Landberk and Änglagård, people tend to take it quite easy, because mostof the time it turns out to be just a shadow of these prog legends. Norwegian Nordagust has been praised by press and fans since their first demo came out in 2007, which basically was the full length album, and this album has now been re-mixed and mastered by Bjørnar Erevik Nilsen (Vulture Industries) and Herbrand Larsen (Enslaved).

And what can I say that has not been said before? This, my friends, this is pure magic. Forget shadow, forget copycat, forget it all. Nordagust are simply outstanding, and have no problems what so ever to stand tall completely on their own. Influenced by the bands mentioned above, no doubt about it, but at the same time they have created something unique, something special, something Norwegian.

The band call their music folk inspired symphonic prog rock, which is a decent description if you ask me. Add a wonderful atmosphere and a mellotron, and you get the picture. All the traditional instruments used are also worth mentioning, including jew’s harp, accordion, mandolin and chimes. And if that is not enough, you will also find strange "instruments" like saw, hammer, whetstone and axe, though I must admit I’m not able to identify them all on the album.

I have already mentioned the word atmosphere, but for me this is the key word to this album, and every single song is full of life, feeling and nordic soul. You can really sense that these guys are devoted to what they do, just listen to the vocals of Daniel "Solur" Solheim, who is in possession of a expressive ,voice with a real distinctive character, which reminds me of Nicklas Barker in Anekdoten, due to the fact that he also is quite unique in his way of singing.

Nordagust deserves all the attention they can get, and "In The Mist Of Morning" is without a doubt this years best prog album, no matter category and nationality.

SARGEIST – Let the Devil In