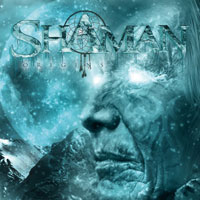 Brazilian power metal band Shaman fire with all guns blazing on this third studio album "Origins". Forming in 2000 they’ve gained steady attention with consistent touring opportunities across Europe, Asia and their native Latin America. Even through name changes (adding an ‘A’, then taking it away), and member shuffling (losing three members after touring in support of the "Reason" album) the quartet stand ready and able to prove their worth in the metal community.

“Lethal Awakening” charges with the spirit of old "Angels Cry"-period Angra, follow up “Inferno Veil” has the aggressive/ neo-classical Symphony X-like flair and the rest of the platter lives up to this individualistic, passionate purpose. Vocalist Thiago Bianchi can carry those Steve Perry highs on the chorus work of “Ego Pt. 2”, then take his delivery down to Russell Allen strength in the verses. Drummer Ricardo Confessori handles the Middle Eastern meets progressive drop on a dime time changes within “Finally Home” like riding a bicycle – allowing guitarist Leo Mancini a chance to astound with his speed soloing technique.

If there is a let down on this album, it would be the compact 42 minute time span – given the three year gap between full lengths, on a record this stellar you crave for another song or two to extend the enjoyment. Nevertheless, this is probably the best display of creative, symphonic-laden power metal from South America in quite a while and close to being on par as the frontrunners of the Brazil movement just slightly below Hibria.

One that I’ll be playing for quite a while when I need that entertaining mix of spirited musicianship and first class songwriting chops.

STIMGA – Concerto For The Undead