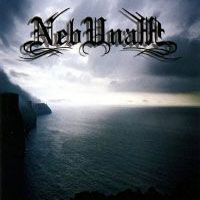 This EP from German two-piece Nebunam contains two tracks: “A Winter’s Tale”, which was previously released in a different form as a demo, and new track “Sturm”. Although there are only two songs, they total almost 25 minutes running time, so it looks like pretty good value for money.

Nebunam play a wistful type of BM that is tinged with sadness (rather than outright depression), with plenty of drawn out minor chords and lingering melodies. Subtle swells of keyboards add depth, atmosphere and warmth to the music. Themes, as you can see from the song titles are generally concerned with nature and loss.

Opening track “A Winter’s Tale” has a plaintive air and although it goes through many twists and turns in its 14 minutes, is generally mid-paced, with the emphasis on atmosphere instead of power and brutality. Track two, “Sturm” (where the band switch to German) starts out much more aggressive, before the ‘storm’ blows out and becomes something much calmer and gentler. I don’t think I’ve seen Black Metal described as ‘gentle’ before, but there you have it!

Overall, there are quite a few good ideas at work here. Ben and Manuel are obviously the kind of musicians that take their time when recording and really think about what they are doing. From what I have heard, they are currently putting the final touches on a full-length release, so it would be interesting to hear that and see how they have developed their ‘gentle BM’ sound. The truth is, though, I’m not sure whether the guys have much potential further to what they have shown in “Nebunam”. It really sounds like they have pulled out all the stops, so who knows where they can go from here.

For the moment, though, “Nebunam” falls short of the mark for me because try as they might, the songs don’t really evoke any strong feelings that I can identify with. The whole package – the image, the music, the lyrics are all a bit too watery for my tastes. Both musically and emotionally Nebunam left me in that cold place where I respect the band, but wouldn’t rush out to buy any of their music.

AUTOPSY – The Tomb Within (EP)