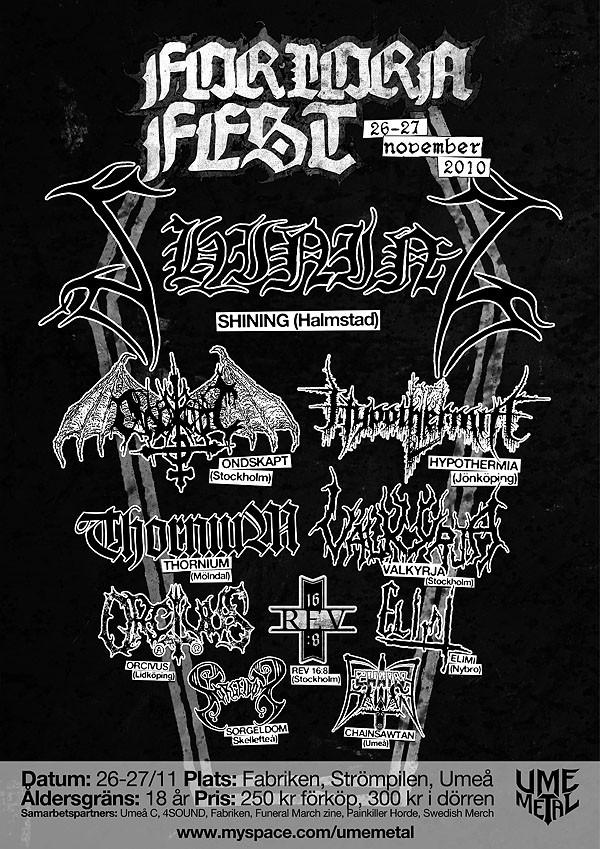 SHINING will make a rare appearance in their home country of Sweden when they headline the Forlorn Fest which is scheduled to take place on the 26th and 27th November at the Fabriken, in Umea, Sweden.  According to the organisers this will be Sweden's first ever Black Metal festival, and the line up will feature some of the country's leading Black Metal bands, many of whom, like SHINING itself,  rarely get to play in their own country.  Line up up for the Forlorn Fest is as follows:

SHINING's much anticipated seventh album "VII / Född Förlorare", which was entirely written by front man and founder Niklas Kvarforth (SKITLIV, DEN SAAKALDE), is due for release on Indie Recordings later this year.  The band will be appearing at a number of festivals over the summer, and will embark on a series of European dates with ENTHRONED during October and November.

Further information about SHINING can be found on the band's MySpace page at http://www.myspace.com/shininghalmstad