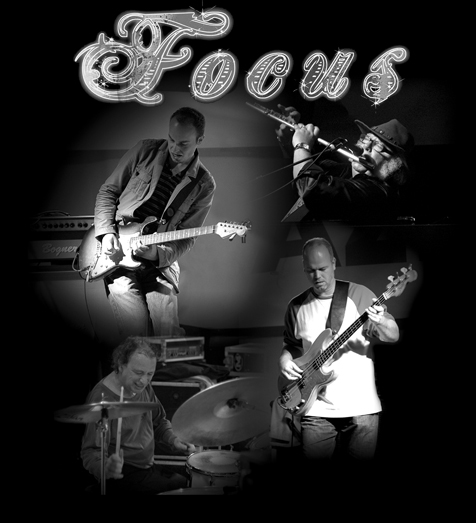 With their unique progressive rock Focus manifested themselves at the start of the seventies as the most successful and the most appreciated of all the Dutch pop-rock exports.
The band were fronted by the much admired duo of Thijs van Leer on the Hammond organ/flute and Jan Akkerman on the guitar. Their hit potential came in the form of a couple of instrumentals, "Hocus Pocus", "House of the King", and "Sylvia", but we shouldn`t forget their timeless albums "Moving Waves", "Focus 3" and "Hamburger Concerto". But like all good things, it couldn`t last and internal wrangling ended this legendary group.
After an initial careful comeback which resulted in a well received album "Focus 8", the band are now back on the frontline, with a fantastic line-up! Of course the founder member and musical genius Thijs van Leer is still holding the fort. Also back in his old spot is Pierre van der Linden, the drummer who is internationally renowned for his rhythmic skills, and who was and still is a defining factor in the whole Focus sound. Together with Bobby Jacobs who stems from a well acclaimed Dutch jazz family, they are responsible for the rhythm section and that unmistakable Focus groove. The talented Niels van der Steenhoven, who without any shadow of a doubt can hit the mark when it comes to the guitar completes the band`s line-up.
A new Focus era has arrived. There is a rejuvenated passion in the new compositions, that adorn the new album "Focus 9 / New Skin", which has been released on the famous Red Bullet label of Willem van Kooten. This album -and the following gigs- will surprise the loyal fans. They will hear once again all the classic Focus tunes and they will be surprised at the strength and depth of the new material. "Our music is evolution, not revolution", Thijs van Leer once said about the music of Focus. Well now, the evolution is at full pace.
I salen fra kl.22.00