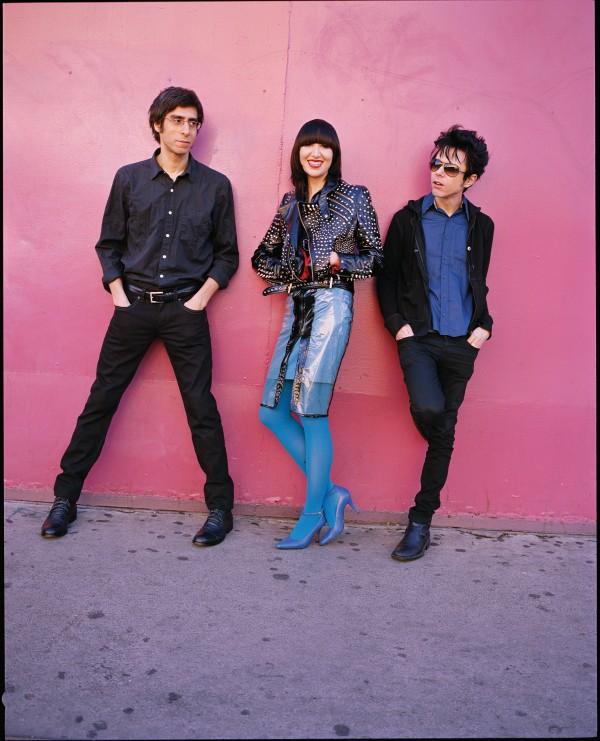 Gang Gang Dance and The Pains of Being Pure at Heart are also added to the programme in this Wednesday's New Yorker package.

Today's first act is from the beginning of the new millenium, the second has released a couple of records – and the third act is brand-new. Three different generations of New Yorker indie music in a world whose tempo just keeps accelerating.

YEAH YEAH YEAHS visited Roskilde Festival already in 2002 – a time when the band's current status was just in the making. Style icon Karen O and her male esquires showed cutting edge and raw attitude from the beginning with their punk art rock – and they practically stole the hearts of an entire generation with the adorable ballad ”Maps”. On their coming album It’s Blitz! you sense the inspiration from Blondie and recent years' new rave wave.

GANG GANG DANCE mix electro, house and grime hip hop with avant-garde and all sorts of distant aromas from the third world. They manage to deliver this genre anarchy live so that you catch all of its edges, knots and numerous impulses.

THE PAINS OF BEING PURE AT HEART was one of the hottest and most popular bands at the recently finished music festival SXSW in Austin, Texas. Their 80s-inspired guitar pop is just as sensitive and heart-rending as the name suggests. Fans of British bands such as The Smiths and The Cure can look forward to a line of perfect pop gems from one of this year's most hyped acts.

Pavilion Junior acts on Friday
Friday leads us towards the Pavilion Junior stage which presents upcoming music in the warm-up days leading up to the festival. Here you find the same variation of musical genres as during the final four music days. So, Friday brings the first armload of freshly gathered upcoming acts.