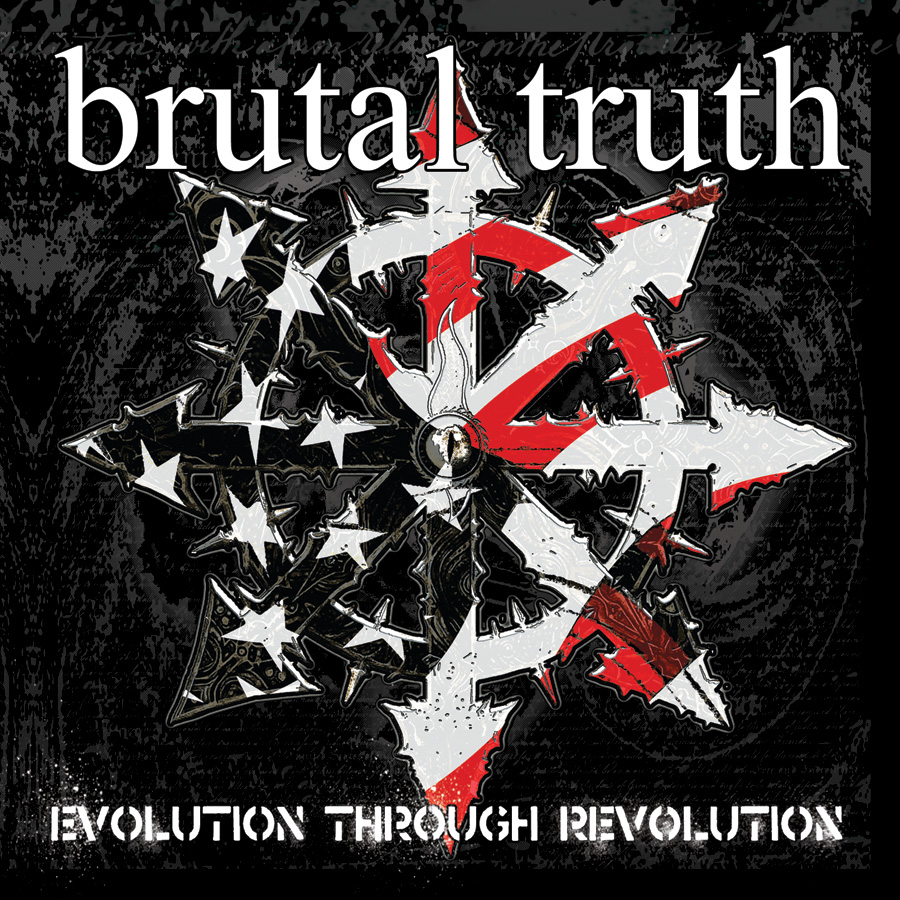 Now that the album is ready and you are just waiting for the release… How do you pass the time?

Doing interviews! No, seriously, we are just relaxing ‘cos we were pretty busy last year between doing shows, writing music and then recording the new album. We know we'll be really busy again when it comes out so are taking this time to chill out.

Compare for us, if you please, "Evolution…" with "Extreme conditions…"

Wow. From the newest one to the very first, huh? Well, actually there are some surprising similarities considering the amount of time between these records. One would be the production, I think this new album has a nice clear production compared to Sounds… that is more like Extreme Conditions, which a lot of people loved ‘cos it sounded even faster when you could hear all the riffs perfectly, compared (lovingly) with an album like Scum or something.

Also, some of the riffs on this record are kind of "evil" like our first record but they're a lot faster now too.

Big differences between the albums too, of course, ‘cos there is a lot of that more recent, "wacky" part of our style on the new one that wasn't present on the first record. Interesting question…

What can we expect of the new album? Are there any surprises for the fans?

That is hard to say considering I'm not sure what people expect of us, but maybe people will be surprised that a bunch of old guys can grind as intensely as we do, haha!

The title… what lies behind it?

Simply that mankind can evolve by engaging in independent thought and encouraging self-awareness. There is also a musical answer to the title in that we are jumping back into the grindcore scene and saying "here, top THAT motherfuckers!". Not being completely serious there…

Being in the scene for so many years… are there any differences between now and then?

Biggest difference is the Internet I guess. Makes it very easy to promote yourself and have direct contact with the people who are supporting your band.  Besides that, of course there are many more bands now than there were back then, but that's good, it's a sign of a thriving scene and genre in general.

Grindcore has obviously evolved a lot, have you ever encountered any of the "new eastern" grind bands? Bands that have taken it to new edges by bringing in pigsqueals, grunts and cybertechnology into the music… any views on this ??

I have heard a few wacky Czech bands like Pigsty etc., and I think it's pretty cool. BT has experimented a whole lot as a way to do something different with grind, so I can appreciate when bands try something wacky to mix it up a little.

If you would pick a perfect (for you ) grind session, which bands would you share the stage with?

You once said, I believe it was on the S.O.D movie, that you just wanted to play music and have a good time ( or something in that direction). Is this the force that drives Brutal Truth or are there a deeper meaning to the existence of the band?

Haha, you make me look like an airhead! No, I've always said that music is my main priority, I've never been much of a lyricist, but having said that, I think it's cool to have socially aware lyrics, it's just that this has never been my "department".  It's always been "all about the music" for me, but I would not play music with racist lyrics for example. That's the best way I can sum up my priorities…so for me, as long as the lyrics are thought-out, I don't get into deep philosophies…

Knowing the energy brutal Thruth has live, how do you transfer this to the album?

It can be a little difficult when you're wearing headphones and surrounded by expensive microphones, etc., but you just record the songs as they were written and somehow it just comes out.

Having played all over the world for so many years… any "top 3 moments" you would like to share with the readers of Eternal Terror?

Touring the States with Napalm, Carcass and Cathedral '92.

Reforming and seeing how fucking psyched everyone in the grind scene was!

Norway has seen a lot of Black metal bands over the past 2 decades, but now there seems to be a new legion of grind and deathmetal bands evolving, do you know any Norwegian band that is not Black Metal?

Sure, there's She Said Destroy, there's a grind band called Krakow from Bergen, uh, most death metal bands I know like Myrkskog (did I spell that right?) are somehow associated with the black metal scene one way or another.

Any last "words of wisdom"?

We had a great fucking time in your lovely country back at Inferno '07, unbelievably it was the first time I ever played Norway. Thanks to you and everyone else that has welcomed us back, we hope everyone enjoys the new album, and we'll see you all out there.