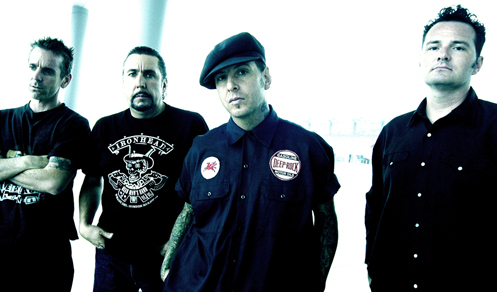 Yesterday Roskilde Festival served up pop from England and Afro-beat from Nigeria. Today the festival crosses the Atlantic and proudly presents two arch-American acts who are both strong profiles in their respective music genres.

LIL WAYNE is among the very hottest hip hop acts at the moment. His latest release is the both eccentric and pop Tha Carter III. The critically acclaimed album shows that the New Orleans-based rapper with the Rasta dreads is probably not all that out of line when he calls himself the world's best living rapper.

SOCIAL DISTORTION has since the early 80s released album after album with melodic mid-tempo punk rock that draws as much on The Rolling Stones and Johnny Cash as it does on the more aggressive hardcore and punk scene. The legendary and influential band has inspired numerous current rock and punk bands.

Roskilde Festival will be back next Wednesday with more new and exciting music.