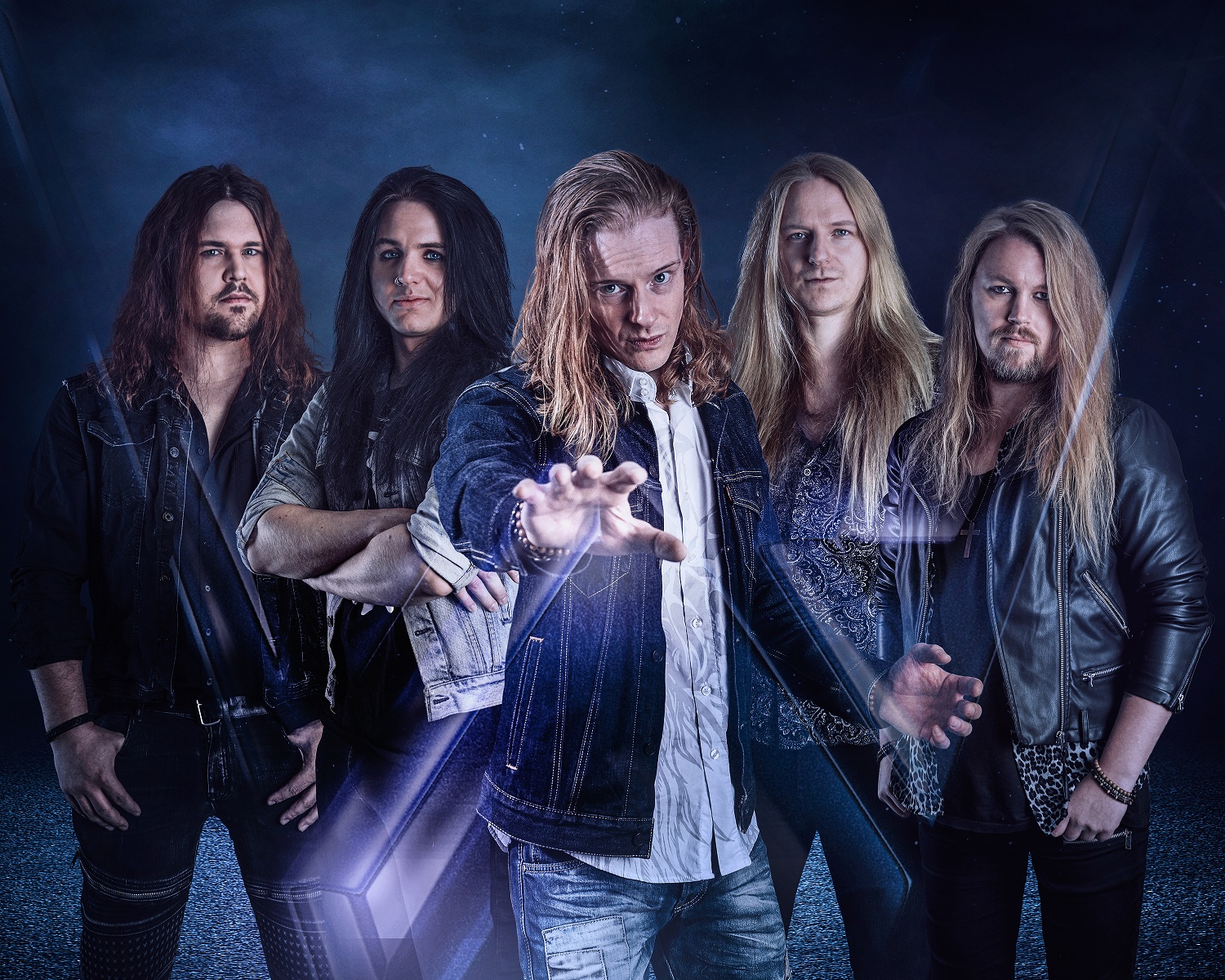 THE HEART OF THE STORM – AN INTERVIEW WITH WILDNESS

Back in October 2022, I received a promo copy of a most impressive and dynamic slab of kick-ass hard rock entitled Resurrection by the Swedish outfit named Wildness. Apart from crafting melodically strong and hook-laden tunes that are outright irresistible, what makes this particular band so great is the fact that they also weave different traits and elements from classic heavy metal, AOR, and melodic rock into their fiery concoction of fist-pumping music in a seemingly effortless manner. There is something quite special and unique about the sound that these gentlemen conjure up. Eternal Terror Live simply had to learn more about the talented act and therefore reached out to drummer/songwriter/producer Erik Modin in order to get the lowdown on everything Wildness.

Greetings Erik, how are you doing and what have you been up to today?

Erik: Hi there! I’m great, thanks! I’m pushing the last few days before the holidays at work.
I just got a halftime job as a music business developer at one of Sweden’s largest study associations, so it’s still a lot to learn. The rest of the time I work with music production and mixing in my studio and also studying at Stockholm University to become a teacher. So, there’s a lot going on to say the least, ha-ha! I’m at the office right now, and I started the day by making breakfast for my two kids and leaving them at daycare before heading over here 🙂

The debut album titled Resurrection was released back in October 2022 and is a most satisfying listening experience. How and when did Wildness come into being and what exactly spurred you guys on to the idea of jamming some hook-laden hard rock together? Did you immediately start crafting your own material? Had some of the ideas that wound up on the album been kicking around in other bands before ending up being used for Wildness?

Erik: Resurrection is actually our 3rd album – but it is our first one on Frontiers Records (ed. note: Apologies, folks, this is utterly poor research on my part, and I feel deeply ashamed!). Our two former albums were released through German label AOR Heaven, and our self-titled debut album was released in 2017 and then the follow-up, Ultimate Demise, was released in 2020.
The band was formed around 2014 and was originally intended to be a studio project, but after we got our first rehearsal space and started to hang out, we all felt that it was more natural to treat it as a band.
Maybe 50 % of the debut album that was released in 2017 was written by then, and we started to write new stuff all together by that point. We have been recycling some songs or structures here and there. The song “War Inside My Head” from our debut album was written in 2012, and the song “Nightmare” from our latest album Resurrection goes as far back as the year 2007 (at least when it comes to the original ideas for the song).

How do you guys go about composing and arranging your song material? I love the organic aura of the LP and its dynamics, and it sounds vibrant and vigorous. I do get the impression that the record was rehearsed and played quite a bit before actually being recorded, which is testament to how good the interplay between you guys is, but were parts of it conceived during the pandemic with some of you working in isolation?
Erik: Thanks a lot for that! To be honest, we hadn’t rehearsed any of the songs before recording them when we made this album. We were still a bit affected by the pandemic situation when we recorded the album in early 2022; a few of us had their first kids, our bass player Marcus lives in another town in the north of Sweden – so it was easier to record our parts separately this time. I recorded the drums in a nice studio, and Erik Forsberg recorded his vocal parts at home, which also was the case for the rest of the members. But next time we’ll hopefully do it differently, maybe a live situation in a big studio or something.

Lyrically, what things inspire you when it comes to weaving phrases and words together and coming up with melodies? Life in general and people you encounter or perhaps something else entirely?

Erik: That all depends. We take impressions from real-life experiences as well as fictional stuff like books, movies, fantasies, or stuff like that. I think that the main key to a good lyrical concept is that people can relate to it. Sometimes you get spontaneous ideas for songs by random melodies you come up with by accident, sometimes you’re composing an instrumental piece and scat-singing along to it until you find the right words and let the lyrics evolve from that, and sometimes it’s a collaboration process at the rehearsal space.

What are some of the band’s shared musical influences? And since we’re on the subject, what are some of your own favorite outfits and releases of all time? Speaking of influences, one of the things that I love and cherish about Resurrection is that it is clearly influenced by a lot of classic stuff from the 80s yet it sounds modern and contemporary too. Not a lot of bands strike that perfect balance 😊

Erik: We all have different personal favorites when it comes to bands and artists, but we all have the love for the pure 80’s hard rock in common. Our influences spans between soft west coast rock like Christopher Cross and Toto, typical hair metal like Dokken and RATT, classic heavy metal like Judas Priest and Iron Maiden, and over to thrash like Annihilator and Death Angel. Melodies and rhythm are important ingredients for us, no matter if it’s a ballad or an up-tempo song. Thanks a lot for the compliment about Resurrection! We haven’t reflected very much about the actual vibe of the album until afterwards, we kind of just made it happen in a very natural way.

As to the title of the record, i.e. Resurrection, could you elaborate a bit on its meaning and significance? It’s a great title that one can obviously read a lot into.

Erik: That’s very true! We basically just named the album in the traditional way by naming it after one of the songs, but we felt that “Love Resurrection” was more of a song title and not fitting as an album title, while just Resurrection was short, simple, and powerful. In some way, the album itself is a resurrection of the band itself since this is the first album with Erik Forsberg (lead vocals) that we’ve made all together. The former album, Ultimate Demise, was written and recorded before he joined the band, so he basically recorded his vocals on it before we released it.

Have you guys been gigging in Sweden recently and are you by any chance planning on touring Europe at some point?
Erik: We’ve had two gigs in Sweden since the release of the album – both of them in Stockholm. The first one was at Frontiers Rock Festival that was arranged by our label Frontiers Records, and the second one was at our release party for Resurrection. We’re looking at possible live slots for 2023 right now, so hopefully we’ll be able to reveal some dates and festivals shortly!

What is next for Wildness, and can you tell us about your plans for 2023? Is there a new album in the pipeline?

Erik: The usual process after releasing an album is that you immediately start working on the next one. We’re writing new material for album number 4 as we speak, and hopefully we’ll start the pre-production within 1 year or so. Other than that, we’ll make sure to perform live as much as possible, and we hope to see as many of you guys as possible out there!