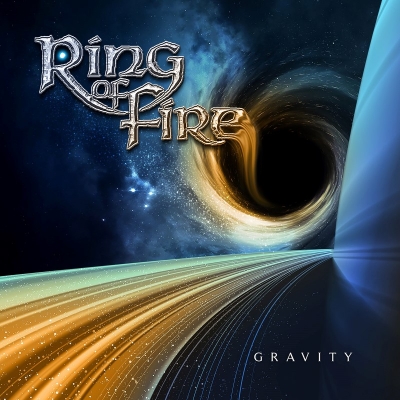 Mark Boals (ex-Yngwie Malmsteen, Shining Black) possesses one of the greatest voices in rock, and it is pretty much always a treat to listen to something that features his unique voice, which leads me to this brand-new album by neo-classical power/progressive metallers Ring of Fire. It has been eight years since their previous output, so I must admit that I was curious as to how Gravity would sound and fare. Luckily, this is a fully formed and accomplished album that offers twists, turns, variety, and lofty ideas. Grand is one way of describing the compositions – all of which are clearly influenced by classical music – and the vocal harmonies simply dazzle throughout. There is also an urgency to the songs (check the galloping ‘Melanchonia’ out) that is quite appealing and works in favor of the LP, and while there are a couple of less sparkling pieces to be found on the disc, the quality tracks most definitely outweigh the weaker ones. The Wagnerian roar of ‘Storm of the Pawns’ is a highlight to these ears as are the surprisingly accessible ‘King of Fools’ and ‘Run for Your Life’. Another standout moment is the beautiful and arresting ‘21st Century Fate Unknown’, which is my personal favorite.

Wrapped in an immensely heavy and huge-sounding production, this musically adventurous epic is brimming with character, and fans of the genre ought to devote some time to this one.

RISING STEEL – Beyond the Gates of Hell