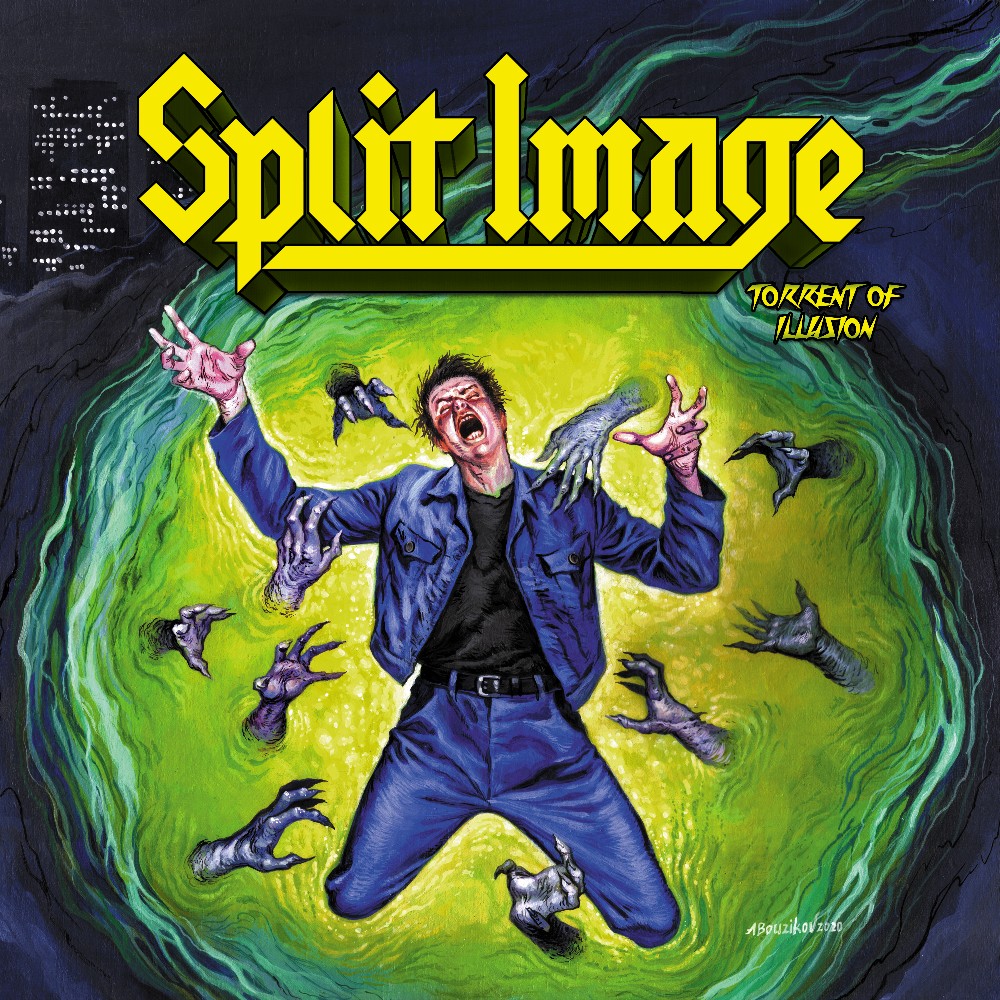 Metal albums about mental illness are hardly unique but each album is unique in the way each artist conveys the message, that is, sounds the alarm that mentally ill people feel increasingly estranged from society which ironically is not that normal to boast superiority over them. As one of my family members often says, it’s society that’s sick, we’re all quite normal in comparison. The Californian thrash crossover+ quintet Split Image consisting of Joshua “Josh” Escobar (vocals), Joey Sia (rhythm guitar), Jared Mooney (lead guitar), Nadesha Mariudottir (bass) and Joey’s brother Christian “Chris” Sia (drums) has just released another testimony to that truth in the form of an independently released 6 track EP tellingly titled “Torrent Of Illusion” several months ago courtesy of Jon Asher and the Asher Media Relations, and I must say it is quite a monster boding well for their future, ringing bells of Slayer, Suicidal Tendencies, Anthrax, Pantera or D.R.I. with creative and diverse if mostly disappointingly short songs.

You can easily get that nostalgic 90s crossover thrash feelings when listening to Anthraxian “Justified Suicide” with the notable “Reign In Blood” Slayer part “with a stagnant mind until you found Christ”, or the balladic Panteric or Suicidal Tendendencies stylings of “Room With A View”, or the Rage Against The Machinic hardcore punkish thrasher “Blank Shot” as you never find peace within the light since solitude resides within the darkness because one can’t be alone without descending into madness, as we’re told, a catchy sing-song chorused number with a “Divine Intervention” (the song) Slayeric reverb ending segueing into the slightly alternative “Facades” where, as soon as you reach the light your world gets dark again and which, despite just being 2:35 long, is the only track that feels longer where all the other ones feel shorter than than they are or should be.

As you listen, you take note of the band’s talent for progressive seamless genre melding and catchy songs that still kill with the vicious riffs, take note of their undeniable skills in execution, but you also wish there were more to these structures or at the very least that the hooks would repeat to form a verse/chorus structure without losing its progressiveness in the process. But then you remember: this is a debut and not even a full length and a smile blooms on your face that greater things are to come and hopefully soon because you can hardly wait.

FANS OF THE DARK – Suburbia