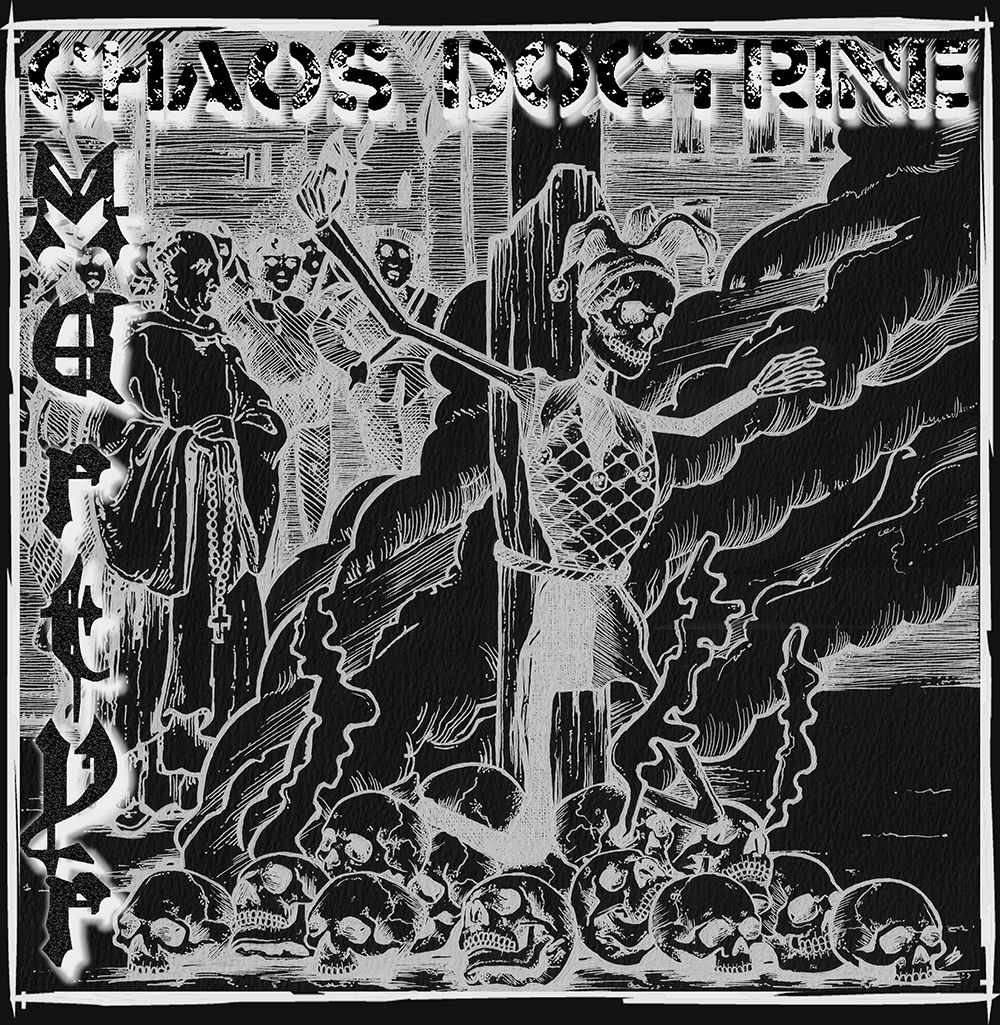 Hailed by Metal Hammer as one of the “10 African Metal Bands Challenging Heavy Metal”, and by World Of Metal as one of the “Top 20 Industrial Metal Bands Of 2021” South African Industrial Thrash Machine Chaos Doctrine is back with a new single from their forthcoming third album. More accurately, Chaos Doctrine is back with TWO versions of the same single called ‘Martyr. But, this time, the Industrialised Thrash Metal Machine is delivering something very, very new – in two different ways!

The last time you heard from the Johannesburg-based 4-piece was Friday the 13th of May, when they dropped their enormous 200 bpm ‘Lifting the Veil’. However, ‘Martyr’ is nothing like anything you have ever heard from the band before!

Our collaborator,  Asher Locketz, rates the single at 4.5/6 and writes the following about this intense piece:

“Following the blistering ‘Lifting The Veil’ Johannesburg based wrecking crew Chaos Doctrine return with a piece of cinematic song-craft that is seemingly unlike anything they have done before!

Entitled ‘Martyr’ of which there are two versions, ‘Martyr (Clement V Mix)’ and Martyr (Jeanne D’ Arc Mix)’ which features the simultaneously soaring and searing vocals of Laura Ann Cayzer, who performs under the alias Blanque for Capgras Delusion, this mountainous, malevolent, and majestic song is a journey through a foreboding sonic landscape that shifts and shimmers as it reaches its melancholic and pained conclusion.

Herein you will be treated to a texturally dense witches brew that comes across as a crepuscular confluence of My Dying Bride, Strapping Young Lad, Bauhaus, and Ministry, executed with the signature Chaos Doctrine aesthetic. 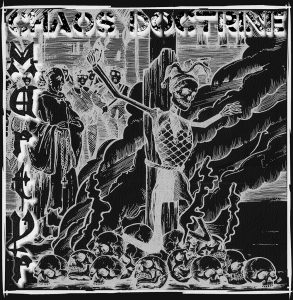 Dr D regales us with the fatalistic journey of a spiritual martyr led astray from the bane of humanity with a dynamic artillery of vocals that oscillate between melodious and menacing whilst guitarist Alec Surridge, bassist Phil Carstens and drummer Jason Eedes conjure forth a sinuous froth of riffs and rhythms that act as the emotional framework for a track that is both ethereal, evocative, and bludgeoning in equal measure.

As the sonic tapestry is set in motion we are introduced to a delicious atmospheric labyrinth of industrial layering and percussive clang before a constellation of eerie melodies enter the mix.

Eventually expanding into a supernova of chugging riffs and churning rhythms, this immaculately composed piece of harrowing music will hold you in its mesmerising embrace for the duration of its runtime and you will be all the better for it. ”

‘Martyr’ is available 25 November on all platforms https://linktr.ee/chaosdoctrine

For its members, Chaos Doctrine is more than a band: it is a comprehensive sensory experience and a brand. Everything the band produces conveys this – the band name itself, their aggressive sonic releases, explosive live shows, dystopic visual products, and stabbing lyrical content. Chaos Doctrine explores the shadow of the human condition, hatred, brutality, decay. Their approach is unrelenting, fueled by rage and void of apology. This is aggression, this is Chaos Doctrine!