SOT is a trio operating in the borderland between prog rock, metal and jazz. The band’s well-structured songs, which give plenty of room for impro, offer a music that straddles all the conventional genre boundaries.

With tuba, drums and guitar, the boys blaze their way through an ever-changing, dynamic prog universe with intense enthusiasm.

At the end of October 2022, the badn has released their 4th album and you can find it here

Or on Spotify and other streaming services

The trio’s 2012 debut album “Kind of Saltz” was given an overwhelmingly positive reception, which the group followed up with a Norwegian tour lasting several weeks.

SOT followed up the success with the 2014 release “Redwings Nest” which consists of eleven varied, colourful songs with guest appearances by vocal group PUST, a cello ensemble, and SOT’s customary “audiospices”. This release explored the boundaries in lots of orchestration, overdubs and intricate arrangements. More touring followed after this release as well.

In 2016 SOT released their third album called “Kogel-Mogel”.
The dogma for this album was: All Music Is To Be Recorded Live Without Any Overdubs!
This forced the band to work even harder as a collective unit resulting in an immense Sotanic energy!
The album includes guest appearances from the great Polish sax guru Grzech Piotrowski on three tunes.
More touring in Poland and Norway with Grzech as a guest artist followed. 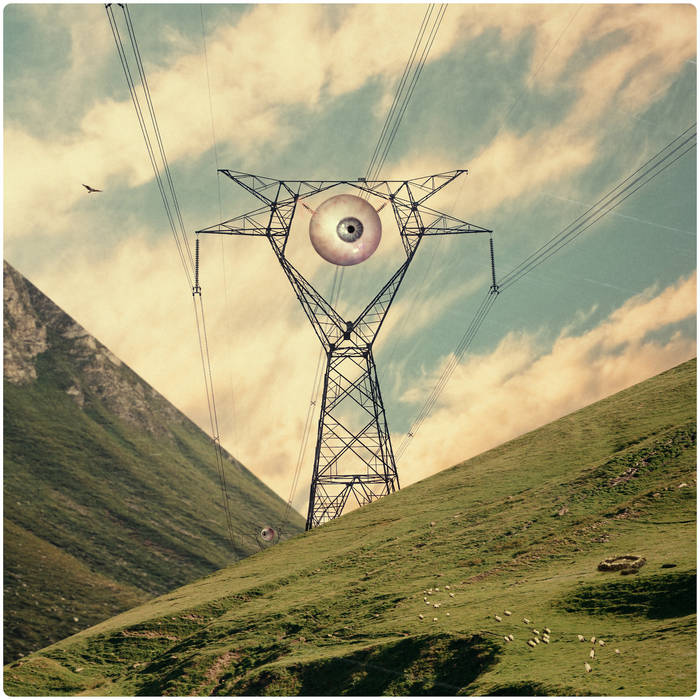 SOT’s fourth album is called “Monster Master“.
This is a very symbolic title and reflects part of the thought behind this album.
What is man’s place in the universe and has modern life become like a monster from which we cannot free ourselves?

The cover for the release is a natural landscape with a large mast monster that cuts against nature’s natural balance. This could be a metaphor for modern life and man, who has removed himself more and more from nature’s natural network. Monster Master is the longest song on the record and contains a number of different themes. It is a journey through different moods with a melodic, hopeful ending that shows that there can be light, hope and joy at the end of the tunnel after all.

The song “Mann med Yacht” (in Norwegian The Grim Reaper is called “Mannen med Ljåen” (The man with Scythe)) refers to the superficial, shallow life that many people in our time are looking for. Money, expensive cars, boats and the “good life” are in many ways without depth and in the end you meet “the man” without actually having lived. This is an uptempo rock song with some space in between for reflection.

“Sunship” is an optimistic tribute to the sun. The earliest humans worshiped the sun for its life-giving power and sole source of everything. There is something deeply spiritual about this, something we try to bring out in this song. We must be friends with the sun, sunship then becomes like friendship. Harmonically, the song has inspiration from the most optimistic Indian ragas and other uplifting harmonics, and pleasant phrases from childhood.

“Rolig Ørken” (Calm Desert) is an atmospheric sound picture from the land of the Bedouins. The whole record is a journey through different moods and as a whole all of the pieces fit together. In order to bring out different textures, a number of different instruments are used and on this song, among other things, Armenian bass clarinet and shrutibox are used.

“Baral’s Grav” (Barals Grave) is about the Indian guru Baral who ended up in Alvdal in the middle of Norway of all things. A fascinating story and a great burial monument on top of a mountain. Here there is also some Indian, pentatonic inspiration with static harmonics that alludes a bit to Baral’s origins.

Most of the songs are thoroughly composed but have open “frames” in them where there is room for individual and collective improvisation.

SOT is Skjalg Reithaug on guitar, Arild Nyborg on drums, and Lars Andreas Haug on tuba.