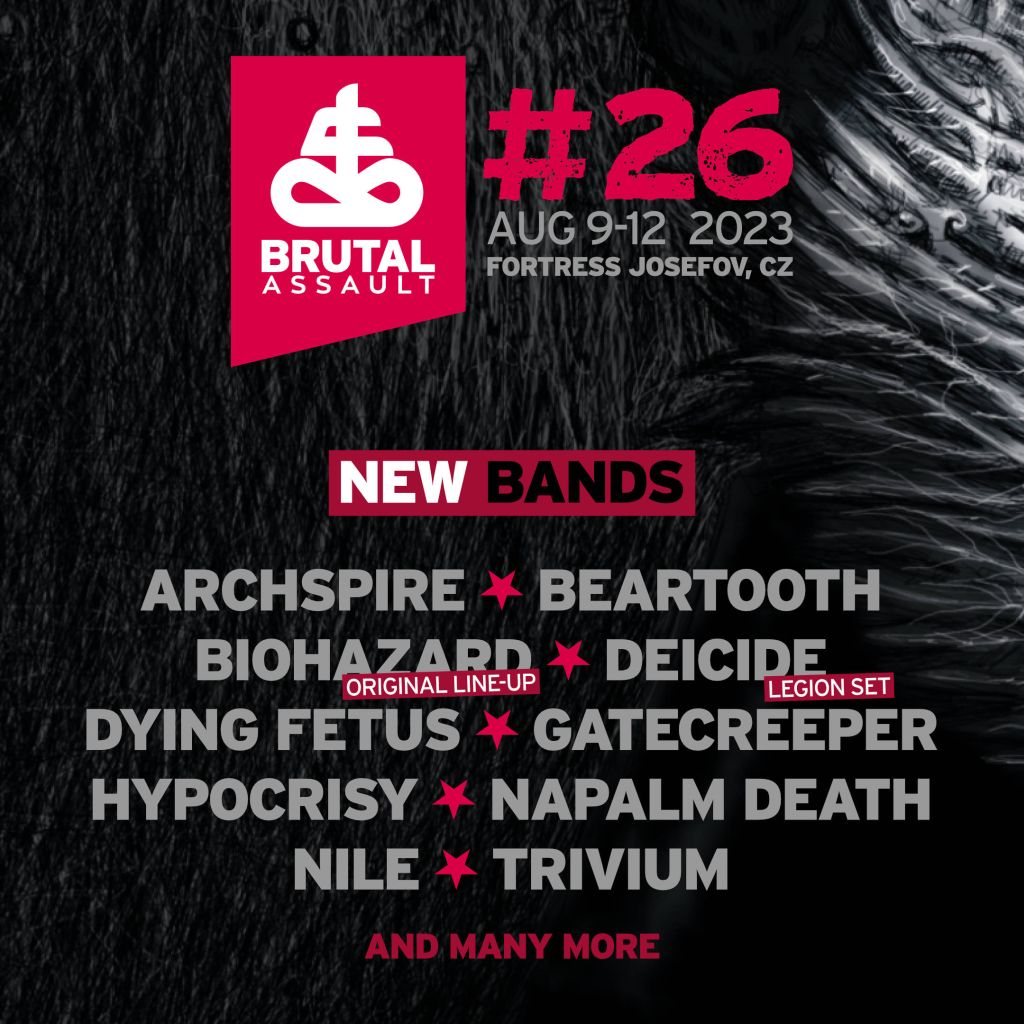 The first names in the line-up of Brutal Assault 2023!

After the early birds tickets for the 26th edition of Brutal Assault were sold-out very fast, it’s time to start revealing what excited fans can look forward to. Although the currently confirmed ten bands seem to be deathmetalish, fans looking for diversity and novelty in the festival line-up need not worry, the next batch will turn the helm in a different direction.

It’s hard to pick a stronger artist in the current ten when the pillars of the genre are just glittering here. Let’s start with the return of hardcore legend BIOHAZARD, who hasn’t toured or recorded since 2015. But the right time has come and Biohazard in their original line-up are going to bring you the heaviest calibers!

For the first time on Brutal will be eccentric corists BEARTOOTH, whose concerts are literally explosive. Also appearing for the first time will be old school death metalers GATECREEPER or Canadian tech-death hurricane ARCHSPIRE.

Update, however, has the power of a death metal legion. How could it not, the immortal cult “Legion” will bring DEICIDE to its 30th anniversary. On the other hand, news can be expected from the shredding DYING FETUS, you will be able to worship Swedish gods HYPOCRISY, the cult NAPALM DEATH or the death convoy from the Valley of the Kings itself, which will once again make its way to Josefov: NILE.

Last but not least on the roster are TRIVIUM. Matt Heafy’s youthful enthusiasm has returned to the party on the last three albums, giving Trivium back not only energy, speed and dynamics, but also incisive riffs and memorable melodies, including catchy, not intrusive choruses. And their new single shows that they intend to keep it up!

We will soon continue to reveal other part of the line-up of Brutal #26, in the meantime you can recall the atmosphere of the festival in last year’s Aftermovie. Stay tuned!