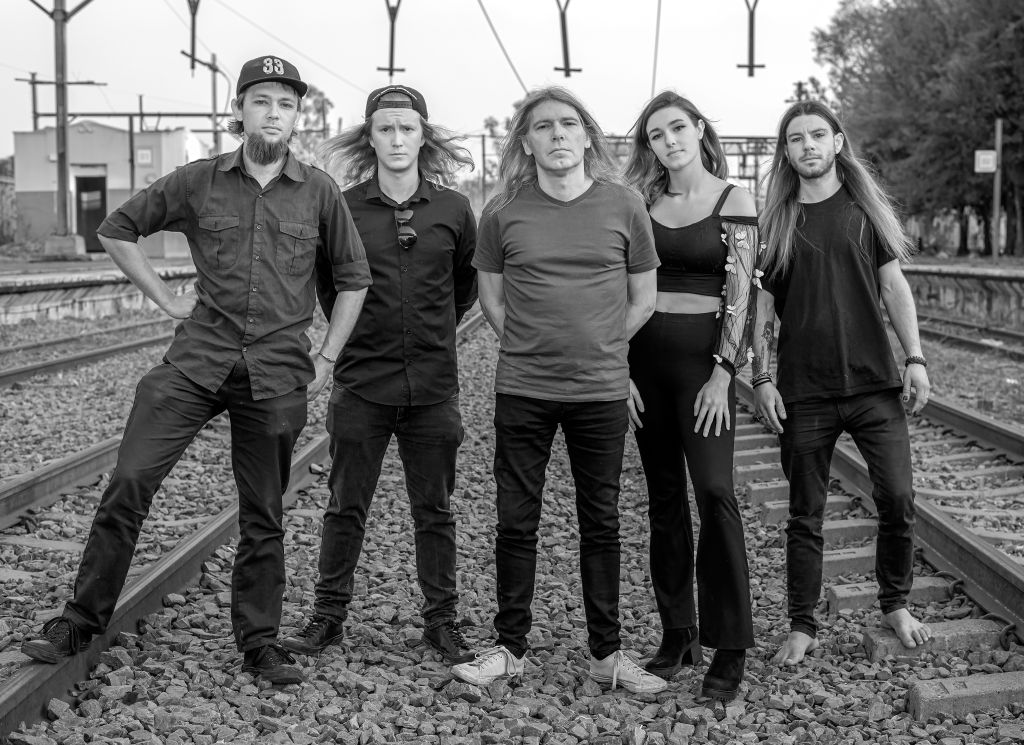 South African Alternative Indie Pop Rockers Fourth Son South are back with a catchy new single ‘The Cold’. The track is the first with new member Sarah Gardiner and offers hope to those in need of some light.

Peter Toussaint shares that “I wrote The Cold on the 21st of June, literally the darkest day in the Southern Hemisphere, yearning for the return of the light and warmer days. This also applies to a relationship that is at its lowest point. As always, there is hope, because the light will come again!”

Collaborator Asher Locketz awards this a score of 5.5 out of 6 and writes the following

“Fraught with swaggering rhythms, saccharine vocal harmonies and scintillating melodies the upcoming single ‘The Cold’ by Fourth Son South is the type of song that inspires feelings of hope and warmth. Featuring Bernhard Viljoen on bass and vocals, Dale Mchardy on Rhythm guitar, Peter Toussaint on lead guitar and vocals, Carel Viljoen on drums and vocals and recent member Sarah Jade Gardner on vocals, collective create music of the most sweet-toned nature. ‘The Cold’, a song fraught with immaculate pacing leads up to a triumphant and arena ready chorus.

The sense of melancholy that underpins this lovely piece of songcraft is wonderfully offset by the infectious optimism that is fused into the tracks overriding sonic narrative.

With its bluesy grit and Indie Pop infused gloss, ‘The Cold’ is captivating and catchy, a song that speaks of the fact that no matter how bad things are they will certainly get better.

Available for your listening pleasure from 7 October on all platforms, I suggest giving ‘The Cold’ a gander. Always remember ‘The Light Will Come Again’”

Recorded at The Boathouse Studio & Jroom

Fourth Son South is an Alternative Indie Pop Rock Band from South Africa formed by Dutch-born guitar maestro Peter Toussaint. After his debut solo release ‘One Day’ (2018), Peter enlisted bass player Franco Jamneck and drummer Carel Viljoen and toured as a trio under the name ‘Peter T Band’. At the end of 2019, the band recorded their debut EP ‘Another Mile’ under the name ‘Fourth Son South’ that was released in April 2020 … just as the world turned to lockdown with Covid-19. During lockdown, Peter wrote and recorded songs that formed the basis of their first full length album ‘The Sounds Around Your Head’. Guitarist Dale McHardy was subsequently recruited to perfect the live sound and the quartet proceeded to release another single ‘Hold On’ in July 2021.

In February 2022 Franco Jamneck left the band, and Peter started wanting a stronger focus on multi-harmonies. Bernhard Viljoen, a bass player with a phenomenal ability for vocal harmonies was recruited, and the band released their EP ‘Machine’. Based on the success of the single and music video for ‘Tomorrow’s Better’ featuring Melissa Osborne on vocals, Peter recruited female singer Meel Vignetting, who played with the band for a short time, before Sarah Jade Gardiner joined full time. Sarah is a young, experienced singer and music teacher from Johannesburg who won the Performing Arts Competition South Africa (PACISA). With her amazing vocal capabilities and warm personality, she completes the lineup of Fourth Son South.

To date Fourth Son South enjoyed success with their singles ‘Secret Place’ (Another Mile), ‘They Run, We Hide’, ‘Positive’ & ‘Reflections’ (The Sounds Around Your Head), Hold On’ & ‘Tomorrow’s Better’ (Machine) which all received considerable global airplay, especially in the US and UK. The band was interviewed on multiple radio stations (including Jacaranda & MIX FM) in South Africa and around the world. To date Fourth Son South played notable show and festivals like Woodcrock, STRAB, Bos Boogie and represented South Africa at the international La Ley del Rock Online Festival held in Argentina and Italy.

The band is presently preparing a new EP with this new evolution of Fourth Son South, where the extra vocals and harmonies give a new dimension to the already strong songs.