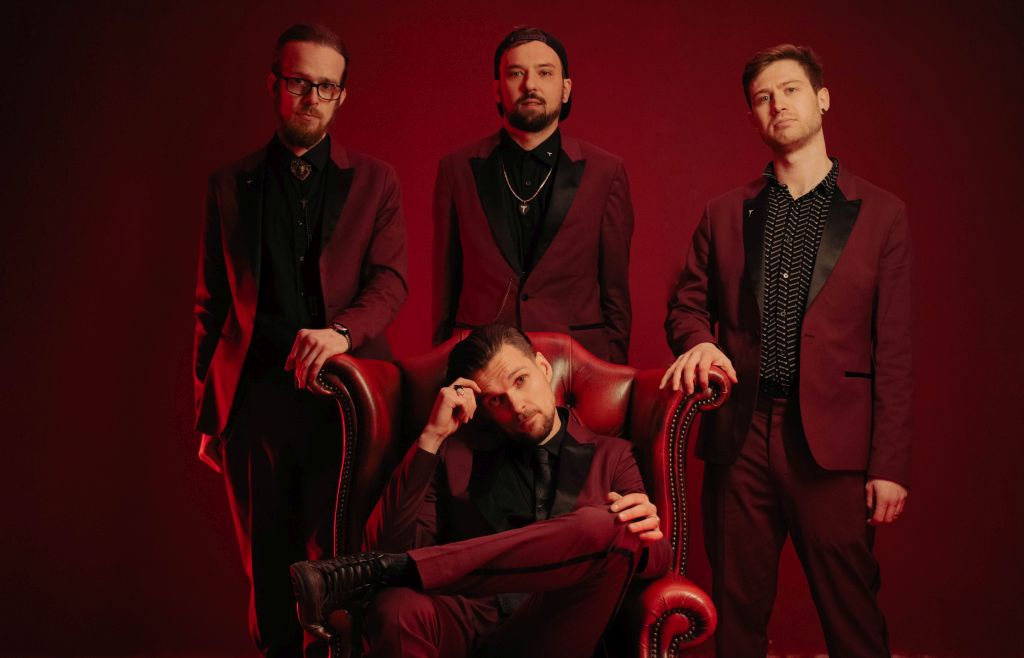 Coventry based alternative rockers LUNA KISS have answered some questions about their musical style, latest release and future plans and here’s what they have to say about these, and more:

Introduce your band, and describe your latest single:

LK: We are Luna Kiss, we are an alt rock 4-piece from Coventry in the UK. Our latest single is called ‘All on Me,’ which is our third single of 2022 so far.

LK: It’s a double edged sword really. The hardest part about being in a band in 2022 is all of the amazing artists that are currently out there. I mean, it’s sometimes hard to stand out from a crowd when everyone these days can perform and produce great music at such high levels, whereas it’s also one of the best things about being in a band as you are constantly surrounded by amazing talent and inspiration.

LK: I think it was when we actually started selling tickets to shows and people were actually buying them haha. Like a moment of realisation that maybe if people are willing to spend their hard earned cash on a ticket to a Luna Kiss show, then this is worth going for.

LK: We are currently releasing 5 singles over the space of 2022. So far, three of the five tracks are out now, Operate, Lust For Blood and All on Me. We have two more that will be coming over the next few months and we are recording music videos for each single which you can watch now over on our YouTube page. https://youtube.com/c/LunaKissBand

LK: Normally the music comes before lyrics. Our guitarist, Chris, he normally plants the first seed with a riff or a chord progression and it’s normally jammed out from there. Wil, our vocalist, he tends to have a certain idea for a story and we throw lyric ideas back and forth until something hits us just right.

LK: Balls to the wall, rock ‘n roll…. For fans of burgundy.

LK: Anywhere we haven’t been yet would be awesome! I dunno really. Tommy’s always liked the idea of playing in the Balkans but I think that’s because he’s into the history, haha not because he’s got any venues in mind.

LK: We’ve definitely stopped trying to be as clever! When we started, we used to get a kick out of writing music in odd time signatures and we never really used to consider how feasible it would be to perform certain tracks live until you are eventually standing on stage having to play guitar solos in a strange mode while counting in bars of 13… Over the years we realised, we don’t have to be mathematicians to write good music. Even though the occasional bar of 7 or 5 will still pop up, it’s just not as relentless as before. We try and give ourselves space to enjoy what we’re playing instead of constantly having to think about it. It’s more fun this way.

LK: Well we’re very excited about getting our final two singles and videos released within this year and we are currently writing new music for 2023 so yeah, just buzzin’ that people are enjoying our new music and are giving us a platform to keep doing what we do.