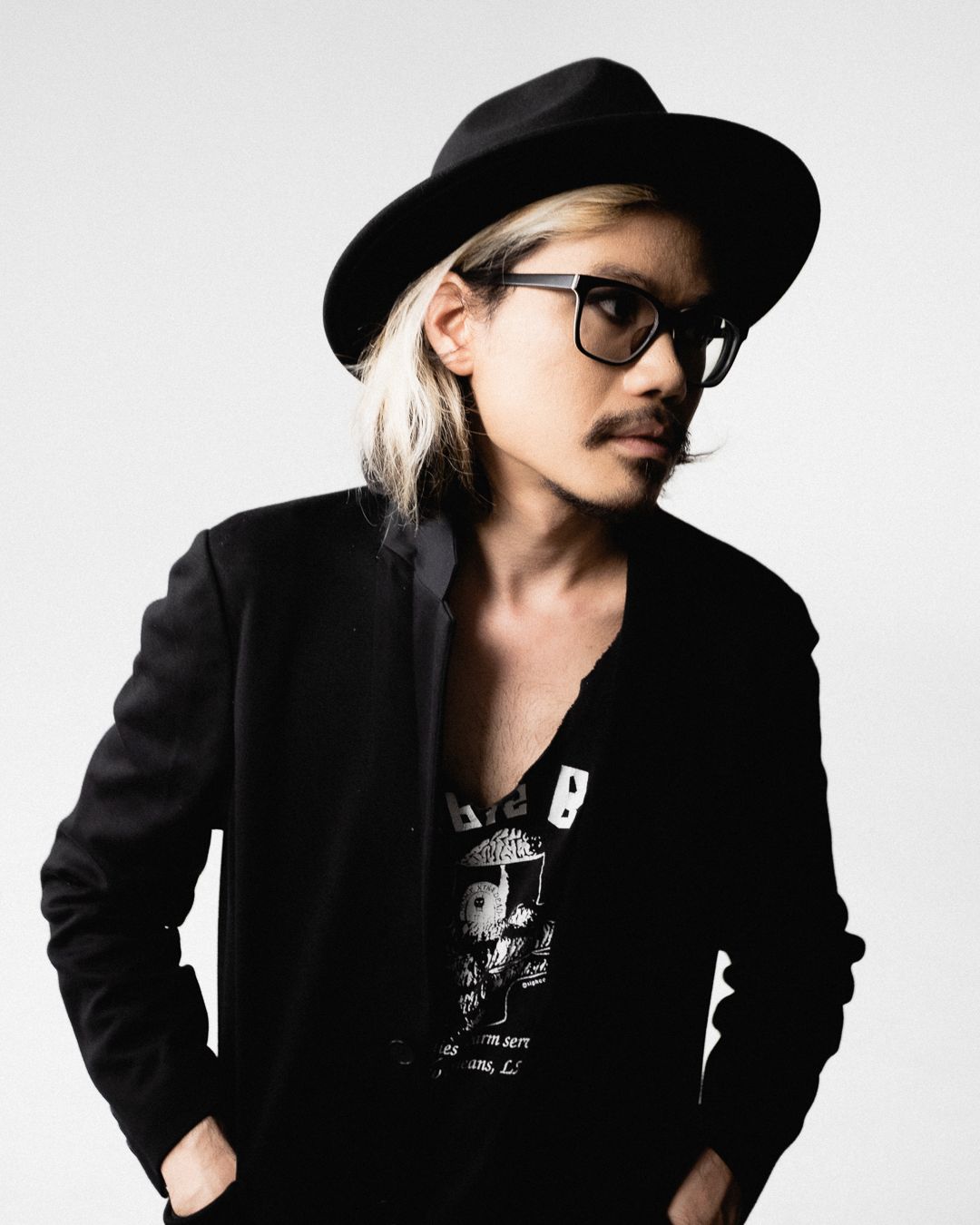 Introduce your band, and describe your latest release:
I’m Saun Santipreecha, a composer and sound artist from Thailand currently based in Los Angeles, CA. My latest release is Dandelye, a project which began five years ago as a book and eventually found its way to completion in the form of this album. The album, as was the intent in book form as well, is to find/create an interior space in which opposites, reflections and refractions can co-exist, a kind of sonic womb that envelopes the audience in memory and dreams; a place where they can engage in dialogue both internal and external.

What’s the hardest part about being a band in this day and age?
I think it’s always been hard but I think the biggest challenge today that I see is the need to categorize most things into being a clean-cut, marketable product. This doesn’t leave much room for the messy and murky shadows that frame the object and give it context more so than without it. In a strange way, that has been a long-standing goal of mine in my work, in creating these sonic voids but filling them with colors, fragments, shadows and emotions that are not always clear: a singular brush stroke may leave a long shadow trail which bends and distorts into nightmarish proportions, or out of dark, muddy terrain can come a moment of respite tinged by the melancholy around it. One of the ways I’ve explored this in Dandelye is the juxtaposition of external sounds, i.e. field recordings that captured a time and place with sounds from a traditional instrument, i.e. piano, which although also captured in another time and place, the notes emit almost from an internal spark or creative/emotional urge. This juxtaposition plays almost like a dream where we feel or know we are in a place from our past while also knowing we are simultaneously in the here and now perhaps continents away.

When did you realise that your project had the potential to be much more than just a fun idea?
I’m not sure I’ve realized it yet but it is simply a distillation of many years of searching for me; searching to find a space within which I can feel at peace creatively, personally and culturally. I feel I have finally found that and Dandelye reflects this.

Tell us about your latest release, why should we check it out?
Many people have described Dandelye to me as being a cinematic experience in that the album envelopes you into its own world which perhaps like film, is rather dreamlike. One of the beauties of art is the communication and dialogue across time and place and neither artist nor audience are privy to the entirety of that dialogue. It is at once both public and private and I hope that Dandelye can live in that space of dialogue, of questioning, of perhaps finding both comfort but also unease. A motif I’ve returned to often is a ‘short-long’ rhythm that at once can feel soothing like the lapping of water on a shore but also unnerving in its irregularity. This comes from the rhythms of an ancient Thai poetic form called Khlong I began writing in a few years ago, transposing the form to English and adapting it to fit the grammatical and lyrical structures of English. It also found its way into my musical and sonic work.

How does a song typically come together for you?
It usually starts from an impulse, a spark that casts its shadow over a period of time and I write down and gather notes, experiment with sound or musical ideas and slowly document it, building it like a sculpture, carving this chunk of silence into sound. Then it’s just the work of repetition and evaluation from various angles until it feels like continuing it would destroy the original impulse of the piece. That’s the hardest part, something that has taken me years to learn: knowing when to stop. The process is part instinct and intuition part intellectual inquiry and the balance between the two is very important to me. 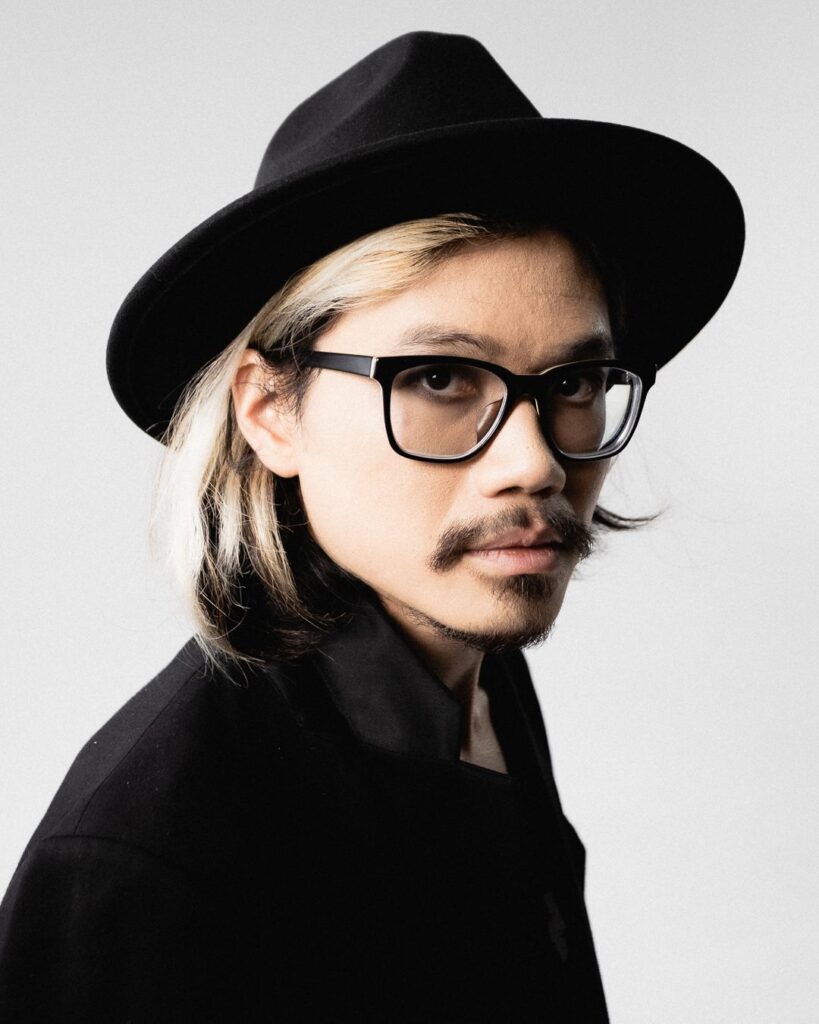 How would you describe your sound to an unfamiliar reader?
I would describe my sound as a sonic—cinematic is a word many have used—exploration that contains both field recordings and sounds recorded acoustically as well as sounds generated electronically. I would say ‘experimental’ is a term often associated with what I do, as is the broad umbrella of ambient and the more specific term ‘electroacoustic’ or perhaps more precisely, ‘acousmatic’, which simply denotes a form of music or sound which has no ‘visually identifiable cause’. Most music today of course is presented acousmatically (i.e. via headphones or speakers) but I wouldn’t say most is created with that intention in mind, as the intended mode of presentation. Most of my work is. Another way to put it is that I’m primarily studio-based and my medium is primarily the recorded one. I’ve been leaning more and more into designing for headphones in particular as again it is both that private/public mode that intrigues me.

What do you want listeners to take away from listening to your band?
I hope it can help offer a place of respite and reflection. For me this does not always have to mean ‘peaceful’, ‘calm’ or even ‘soothing’ but rather offering a space within which one can perhaps feel at home and we all know that ‘home’ carries many colors, many emotions and resonances, not all calm or soothing. A great compliment I received about this album was that it made one listener feel seen but also as if they were seeing me. I was very humbled to hear that.

Where would you really like to tour that you haven’t done so yet, and why?
I’d love to tour Europe one day, particularly France and Germany as there is a long history of electroacoustic and acousmatic music from the 40s and 50s onwards that has been incredibly inspiring to me and it’s wonderful to see that the cultural tradition of exploring these ideas seems to still remain to this day.

How would you say that the sound of your band has progressed over the years?
I think I’ve settled down into finding my space better, being less involved in the more surface styles and more in the ideas and intentions behind the music and sound. That’s been a very important part of my journey, being able to step back and assess a work from its intentions and ideas more so than the surface narrative or ‘emotional impact’ or style/genre. This goes for my own work as well and it’s still something I’m working on but it’s been very rewarding in allowing me to dig deeper in my own work.

How excited are you for 2022, and what can fans expect from you?
We’re already half way through 2022 and I can’t believe it! Time has flown by so fast. I have a number of exciting collaborations in the works as well as a few more solo projects down the line I can’t wait to share. Until then, thank you so much for having me and thank you for listening!

A Few Notes on the SATYRICON & MUNCH Exhibition