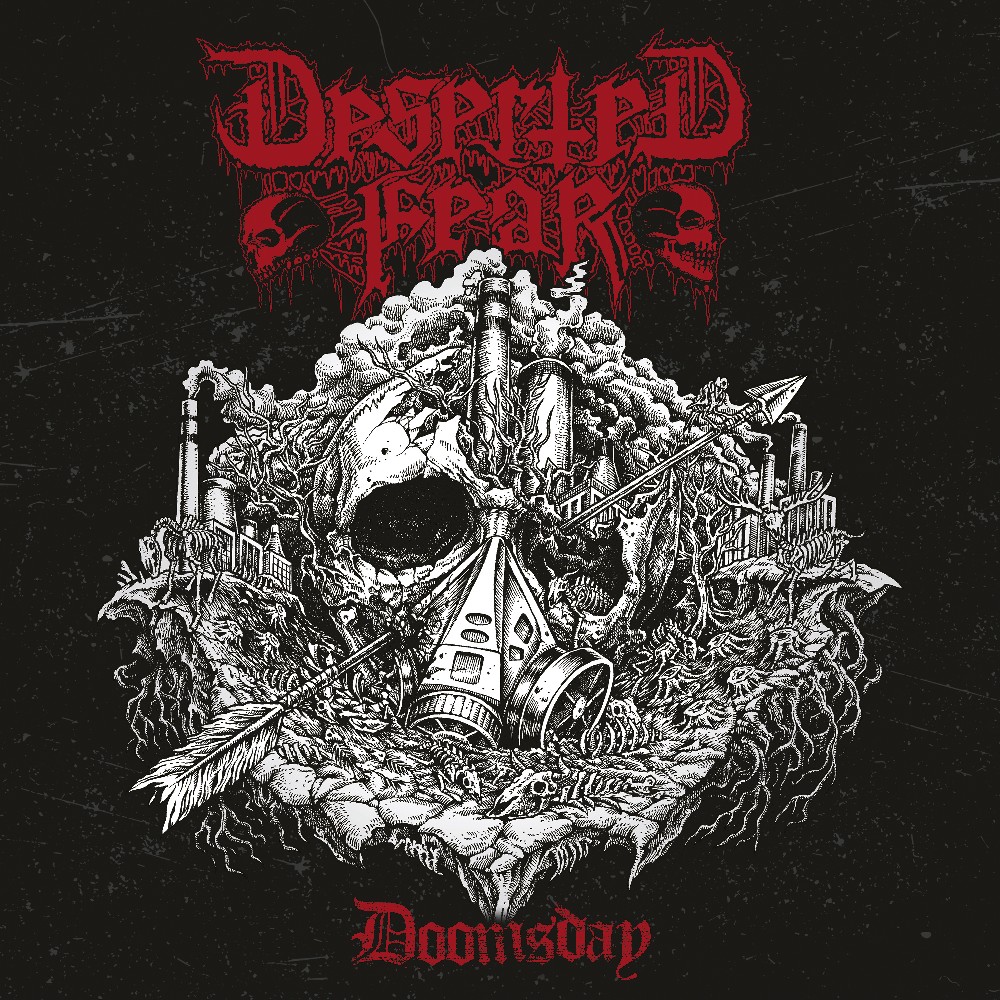 Please don’t let the generic and confusing Bolt Throwerian album cover fool you: the new album by the German trio Deserted Fear (the name suggestive of a positive and uplifting lyrical message) is one of the best melodic death metal albums this year so far. The music had been expertly thought out, writtten, recorded, produced and mixed by Deserted Fear guitarist Fabian Hildebrandt for the maximum impact resulting in a near masterpiece, which probably should come as no surprise after 4 full lengths (“My Empire”²⁰¹², “Kingdom Of Worms”²⁰¹⁴, “Dead Shores Rising”²⁰¹⁷ and “Drowned By Humanity”²⁰¹⁹) and 15 years of existence but which, nevertheless, took me by a complete surprise even after having heard some of the music before downloading it for a review.

What makes “Doomsday” such a compelling album is that it is actually not a purely melodic death metal record. Clear is influence from the so called New Wave of American Heavy Metal and its chief purveyors such as Killswitch Engage, Unearth, As I Lay Dying, Lamb Of God or God Forbid, to name but a few, but so are the melodic stylings of the Peaceville Trinity (Anathema, My Dying Bride, Paradise Lost), most notably Paradise Lost old and new. In fact, there are parts which sound as if they have been played by the great Gregor Macintosh himself, such as “Reborn Paradise” (sic!), “Fall From Grace” (the same title as Paradise Lost’s song on “Obsidian”) or “Voices Of Fire”. The finest and the most epic track, “Reborn Paradise”, is a thing of wondrous, luscious beauty without losing the heavy edge, at first, seemingly ill-fitting the album, with more applications revealed as a welcome change of pace, and it’s still not my favorite. That honor belongs to the Killswitch Engagesque “Idols Of Triumph” with a chorus so positive and uplifting it reminded me also of like power of the early Machine Head or Biohazard, the kind of personal anthem which makes you think anything is possible for those who persevere, while, lyrically, it appears to actually warn against overconfidence, but can you really take that sentiment too seriously when the closing title track easily gives modern melodeath masters such as In Mourning or Omnium Gatherum a serious run for their money and fame?

The melody and catchiness being of primary importance, with not a single track you just simply let play without getting some kind of pay off, a melody, a riff, an insightful lyric, a spectacular solo such that one in “Reborn Paradise” it still manages to impart much variety, such as on the Lamb Of Godly “Call Of Emptiness” of which the main driving riff reminds me of Altar’s “Provoke” album as well as, in all, coming off as pretty darn original for a band from a country which, with few but significant exceptions such as Kreator or Heaven Shall Burn, has a history of emulation of trends in metal rather than dictation of new direction. On “Doomsday” we are sitting somewhere in between those two tendencies but everything, I mean everything Manuel “Mahne” Glatter (vocals, guitar), Fabian Hildebrandt (guitar) and Simon Mengs (drums) do here is overshadowed by the stellar quality of songwriting with excellent attention to detail. This is definitely the most fun I’ve had reviewing a metal album so far this year.

INGLORIOUS – Live at the Phoenix MMXXI