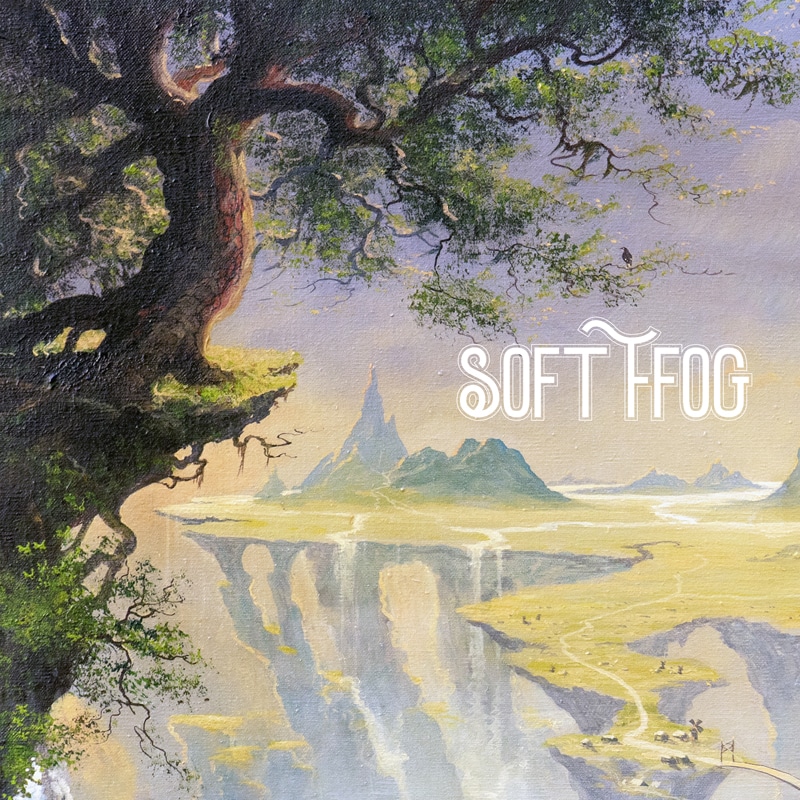 The recently launched Norwegian label named Is It Jazz? Records is off to a flying start with this deftly executed 4-track LP by prog rockers Soft Ffog who also hail from Norway. Well, jazz prog rockers, I suppose. For those of you out there who crave thunderous riffs, fret not as this talented group have all of that covered and more. In many ways, Soft Ffog’s eclectic brand of warm-sounding, organic music is akin to a mixture of early King Crimson, Camel, Soft Machine (think “Hidden Details”), Van Der Graaf Generator, Deep Purple around the time of “Fireball”, and perhaps even Jimi Hendrix when he was at his most experimental. Some of the melodies would not have sounded out of place on a Caravan album either, which is to say that there are nods to the old Canterbury scene here as well.

Sometimes plaintive and explosive, other times tranquil and soothing, but things are constantly propelled forwards by an overwhelming sense of energy and every note is laced with passion throughout. The quartet sounds fearlessly committed as the churn out intense flurries and it is so strong on melodies and atmosphere that immersing oneself in it is akin to being under spell that one can hardly resist. As I hinted at previously, the record is remarkably heavy and hard-hitting in places, which is illustrated by each song really, but closing track “Dhalsim” is perhaps the best example of light and shade on the LP and the ensemble is truly gelling and firing on all cylinders here.

Dynamics is the keyword here these four instrumental compositions are genuinely thrilling and make for a fantastic listening experience. Clocking in at roughly 36 minutes, it hardly outstays its welcome and is a rather concise and focused affair that ticks all the boxes for me. A musical triumph to these ears and easily a candidate for one of the year’s best releases.