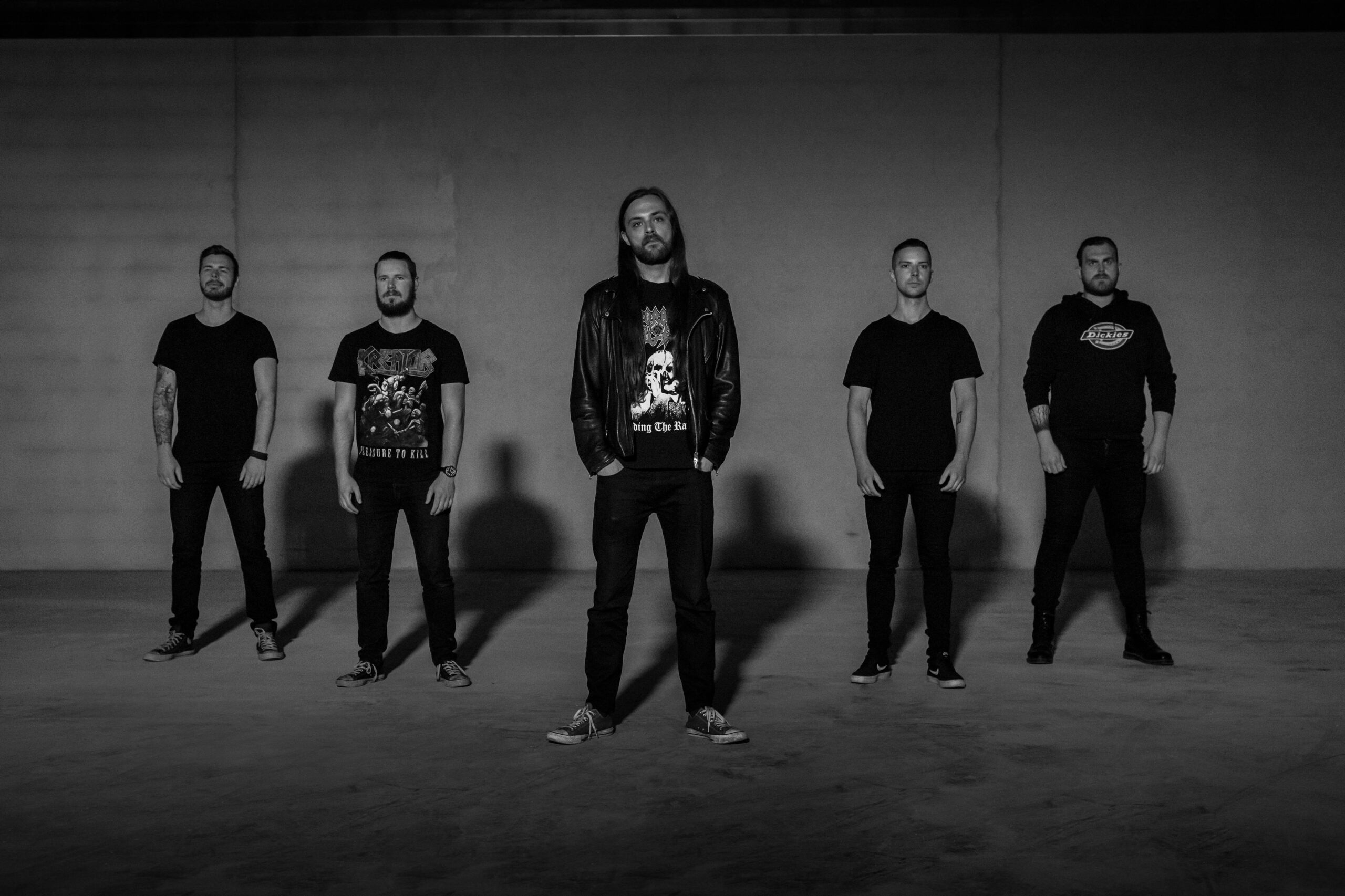 The No Man Isle EP was planned to become a short concept story written by Mathias. Inspired by poet John Donne, it focuses on themes such as solitary survival, family, independence, and societal humanity. Lead vocalist Mathias explains, “No Man Isle centers around a middle-aged divorced man that decides to cut all ties with the world, and to live on his family’s deserted island for the rest of his life. He travels to the island and a lot of mysterious things happen that seem to be connected to his uncle’s disappearance from the island 40 years earlier.” The musical vision behind the EP saw the band turn to a slightly more melodic direction, while taking the song arrangements to the next level, while aspiring to become larger than life. Mathias states, “The songs are perhaps more melodic and to the point this time around with more distilled, focused details added to each song. There’s also a maritime retro vibe going on with the added synth arrangements that make the songs pop out more and sound a bit bigger, epic and unique.” No Man Isle was also a great opportunity for Haunted By Silhouettes to take their unique death metal sound – down a heavier path. Their method of writing, demoing, and finally recording the album was an experience to remember. Stian recalls, “We wanted to tune down from drop-C to drop-A to make the sound heavier. Per Kristian and I wrote a bunch of riffs and then the whole band took a trip to a cabin in the mountains of Norway to write 7 demo tracks for the EP. From those seven, five songs ended up on the EP.”

Watch Selkie from the “No Man Isle” EP by Haunted By Silhouettes, to get a taste of things to come:

“The meaning of Selkie is inspired by a short-story I wrote to boost my creativity in the writing process of the EP” says lead vocalist Mathias Rye. “The lyrics describe a man that sees something extraordinary that makes him question reality, causing him to doubt his newly-found life-choice (living the rest of his life alone on an island). The overall meaning boils down to how we encounter sudden pangs of self-doubt in life and how we deal with it”. Drummer Håvard adds “It’s easy to pick a favorite song while writing an album, and then change your choice later, but “Selkie” has tickled me in all the right places from the start, and when we got Strid on it’s just crème de la crème all the way. Story-wise, it’s an important song for the EP, and the musicality of it sets it apart from the relentless heaviness of our first single, Flock.”

The band will play several concerts in Norway during the summer. Check below poster for actual dates and locations