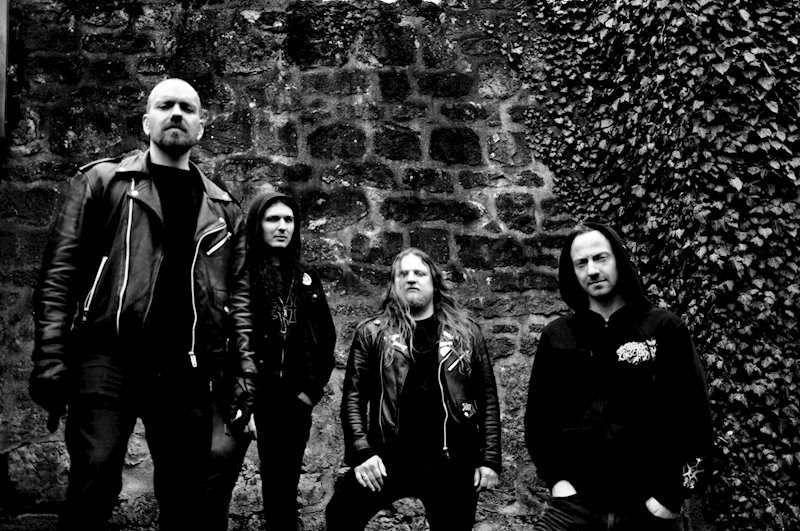 “Banner of Defeat doesn’t need a snappy label to kick ass. It simply does, existing in a space where unrelenting riffs are the primary concern, delivered with red-hot energy and backed by a meaty rhythm section.” INVISIBLE ORANGES

Comments the band: “The song “Never Return Nowhere” deals with forced situations in which fear becomes more and more overwhelming but the threat just cannot be escaped, so you have to deal with it somehow. This happens for instance with both soldiers and civilians during military conflicts and is often extended in their aftermath, in the form of trauma or PTSD, from which you literally “never return” or “return nowhere”. Written years ago, the shit the song is about sadly once more became a bitter reality in the recent months. Fight war, not wars!”

On their sophomore album “Banner of Defeat” Neorite offer their heaviest and bleakest side so far and just hereby find their very own and distinctive style of metal.

Equipped with the punch of classic Sepultura and a sense for sinister melodies of the deadly kind as with Dissection and Death, the clean vocals are towering above it all, sometimes emotional as Nick Holmes (Paradise Lost), sometimes vigorous as Tom G. Warrior (Celtic Frost).
Though being marginalized here in favor of a crushing heaviness, the alt rock influences of the debut album merge in partly complex song structures and provide them with a catchiness hard to elude.