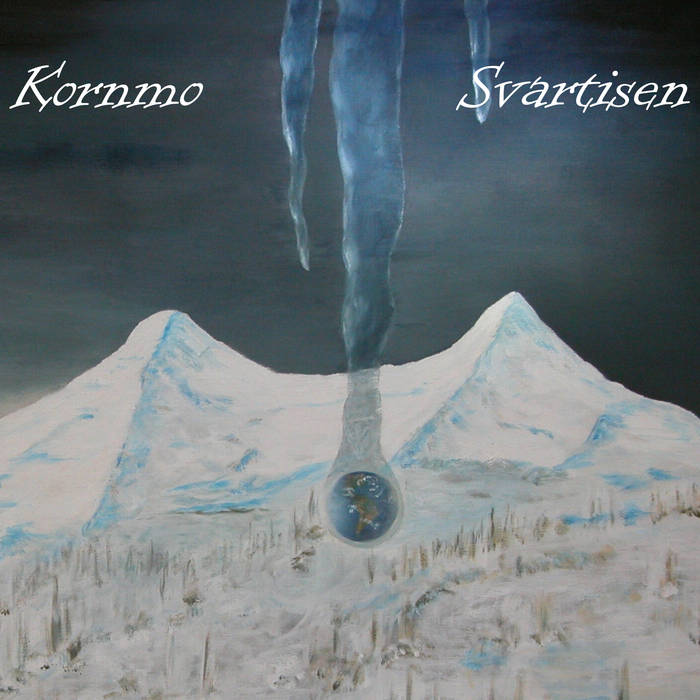 What a lovely surprise this one was! The Norwegian symphonic prog rockers Kornmo originally released this melodically gorgeous and evocative opus of theirs back in 2017, but as far as I know the idea of re-mixing and re-mastering the record was something that had been lingering in the back of drummer Anton J. R. Larsen’s mind for a while. When Apollon Records offered to re-issue the disc, it was decided that the infinitely skilled Jacob Holm-Lupo should take care of the re-mastering, and I must say that “Svartisen” sounds remarkably good here. Warm, organic, and very much in thrall to the old analogue prog LPs from the 70s, its eleven compositions contain countless nuances and are epic in scope without ever seeming pompous or overblown. The pianos and strings add a touch of yearning to the proceedings, which is superbly illustrated by “Stillhet” and closing track “Føn”, and the haunting guitar leads are absolutely first-class. “Nordlys”, “Havørn”, and “Fallvind” boast some hard and crunchy riffs that recall Jethro Tull, and those three are undoubtedly some of the standouts here. Directly inspired by the atmosphere surrounding the Svartisen glacier far up in the northern part of Norway, the album manages to bring vivid mental images of the place to life, and from a purely musical perspective, Kornmo’s take on prog rock is not altogether that far removed from what Camel did back in the 70s.

“Svartisen” is a most welcome addition to the Apollon Records discography and a fantastic album in its own right. Instrumental prog rock with symphonic overtones can be a tad hit-or-miss, but this one is up there with the best of them and comes across as a fully-formed and inspired piece of work.

THE TRONOSONIC EXPERIENCE – The Shadow Vol. 1

STRANGE HORIZON – Beyond the Strange Horizon