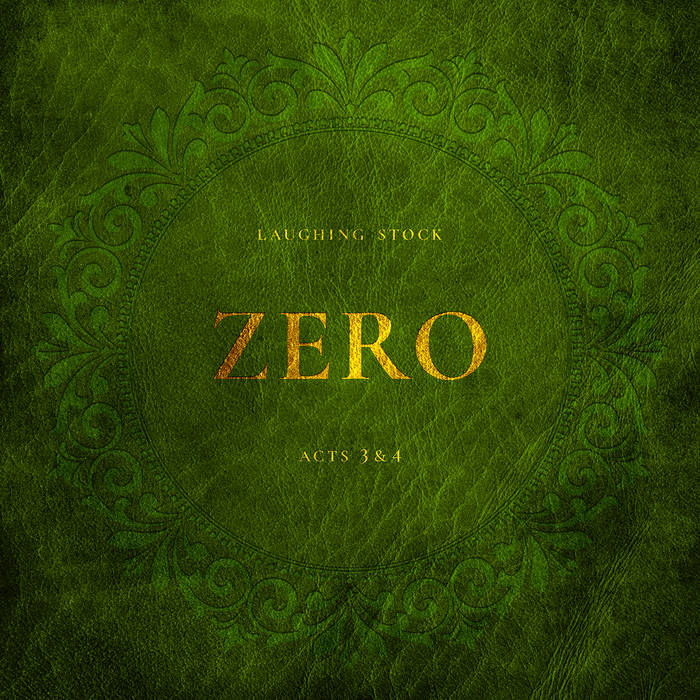 The Norwegian prog rock/art rock outfit Laughing Stock is an interesting one and these skilled musicians have released some deeply atmospheric and intriguing records in the past, so naturally, I was looking forward to this one, which is a continuation of the “Zero, Acts 1 & 2” LP from last year.

What struck my mind the first time I listened to this latest chapter in the “Zero” narrative is how bleak and solemn it is. That is hardly surprising given that the concept and lyrical motif of the album revolves around isolation, loneliness, and escapism, but parts of it sound so incredibly sad that it is impossible not to be swept away by just how emotive and darkly intense the affair is. It contains plenty of light too and is an incredibly diverse offering overall. Ranging from brooding string sections and mournful piano notes to huge, heavy outbursts and epic passages, there is a lot to wrap one’s head around and digest here, but the compositions all have a rather nice flow to them, and the record does not lack cohesion. As to negatives, I do think the vocals are a bit of a letdown now and then as they do not always manage to complement the dynamic nature of the music properly. In other words, there are points in time where they feel somewhat disjointed or simply out of place with respect to what is going on musically. Lyrically, the album has a lot to offer, and it is an engaging and thought-provoking story. There is a sense of something fragile, almost like a lament of sorts, present in the songs titled “Lifeboat” and “Words” (parts I and II) that makes them stand out to these ears, but the dense and dynamic “Mother” and the somewhat hard-hitting album closer “Curtain Falls” are real treats too.

“Zero, Acts 3 & 4” may not be flawless or utterly stunning but it does lend itself really well to quiet, introspective moments and offers something original, moving, and suitably dramatic. I could easily see this gloomy opus appealing to fans of Pink Floyd’s “The Wall” and some of Marillion’s works.