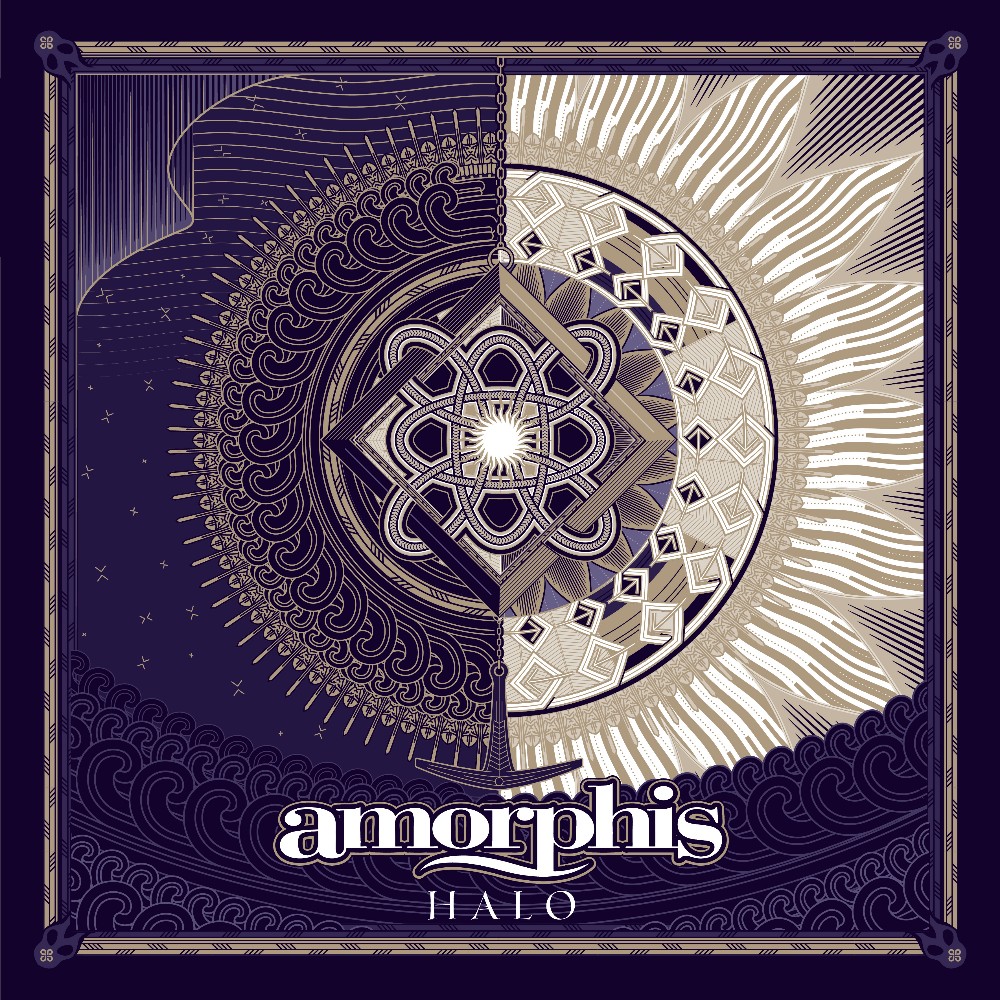 The two previous Amorphis albums: “Queen Of Time”²⁰¹⁸ and “Under The Red Cloud”²⁰¹⁵ were both very good to match the craft of the past from “Skyforger”²⁰⁰⁹, “Silent Waters”²⁰⁰⁷, “Tuonela”¹⁹⁹⁹, “Elegy”¹⁹⁹⁶, and, by many regarded as their magnum opus, “Tales From The Thousand Lakes”¹⁹⁹⁴ (to name but a few positions in their extensive catalogue) so I was excited about this new album which came out on November 11th. What we’re unwrapping here is easily the best thing since “Elegy” (can you tell by the cover?), yet more metal than rock, less folk and prog all in service of just incredibly catchy songs littered with beautiful melodies and catchy if simple riffs however at the slight loss of variety.

Part of what makes this deathened Finnish heavy metal act work is that all of the founding members are part of today’s lineup, plus they have had a fabulous growling and clean vocalist since 2004. That way they can write stuff which is essentially good old Amorphis while updating it with modern touches courtesy of Jens Bogren (who is rapidly becoming one of the most hard working, the most sought after and the best sounding producers in metal). The very first band added to the online Encyclopedia Metallum, Amorphis had humble beginnings: when thrash metal act Violent Solution (1987-1990) had broken up, vocalist/guitarist Jan Rechberger and guitarist Esa Holopainen had formed Amorphis (a derivative of the Greek word “amorphous” meaning without shape or form) with Tomi Koivusaari (rhythm guitars, vocals 1990-1997, 2010) and Olli-Pekka Laine (bass 1990-2000, 2017-present), Rechberger permanently switching to drums, and, in this lineup Amorphis recorded one of the two most influential albums in metal: “The Karelian Isthmus”¹⁹⁹² and the aforementioned “Tales from the Thousand Lakes” before getting more folkish and progressive courtesy of imaginative and poetic storytelling of renowned lyricist and »Kalevala« expert Pekka Kainulainen on “Elegy” and then the more rocking but masterful “Tuonela” after which keyboardist Santeri Kyösti Kallio joined which may have influenced the progressive departure from not just death and doom but even metal on “Am Universum”²⁰⁰¹ and “Far From the Sun”²⁰⁰³. It was the ingenious bull’s eye that was the addition of Tomi Joutsen in 2004 (who is the same age as me), presently active vocalist in Hallatar and Sinisthra, which saved Amorphis from regressing into oblivion reserved for the likes of In Flames or worse. The man seemed to have given Amorphis, well, a form, ironically, a sense of purpose, In Flames-related pun intended, so, no wonder he became the de facto frontman of the group, which anyone who heard “Eclipse”²⁰⁰⁶, “Silent Waters” and “Skyforger” finds a natural consequence. A brief period of experimentation followed resulting in “The Beginning Of Times”²⁰¹¹ and “Circle”²⁰¹³ and then the two equally engaging releases: “Under The Red Cloud” and “Queen Of Time” which whetted my appetite for the follow up, as previously stated, but could not, it turns out, not have prepared me for something that sounds like it could have easily been made between “Tales” and “Elegy”. In short, if “Cloud” and “Queen” got each 5/6 then “Halo” is around 5.4, although even after five applications I still couldn’t raise it to a 5.5/6 for reasons stated below.

As far as songwriting is concerned Amorphis has few rivals. Take the favorite “The Moon” strongly recalling “Tuonela” as well as Dark Tranquillity and Omnium Gatherum, or “On The Dark Waters” with traditional heavy metal riffs akin to “Death Of A King”, both tracks straight forward “what Eddie likes his metal songs to be like” but with a pleasant but thanfully not overwhelming progressive edge. Interestingly, Joutsen sounds a lot like Paradise Lost’s Nick Holmes whether he’s growling or clean singing as well as Opeth’s Michael Åkerfeldt, which is most likely the natural result of all three bands touring together as they share similarities on the respective releases. Another favorite, the masterful “When The Gods Came” reminds me of Paradise Lost’s “Serenity” and the addictive deathly “War” of “Obsidian” album while “The Wolf” of “Faith Divides Us – Death United Us”. That’s nearly half of the album of perfect songs which, naturally, means that the rest of them could have been better which brings me to the flaws.

It seems the more staight forward approach is a two edged sword. On one hand it makes for better and catchier songs but, on the other, the tracks become a bit formulaic bereft of what makes them standout from each other, like different circles cut from the same cloth. Some tracks, such as “Seven Roads Come Together” are very good but rely on the keyboard melody in the chorus which weakens somewhat the impact while others, like the opener “Northwards” and “Windmane” recall the more experimental past, especially the closing “My Name Is Night”, technically and even traditionally a song, sounding more like a sung summary statement of the album than a song. In short, were there more twists and turns, ebbs and flows in more tracks you would have been looking at 5.5/6. Part of that may have been the fact that producer Jens Bogren, who has done a fantastic production job here, reportedly handpicked 11 tracks out of 30 ones Amorphis members had handed him and it was he who decided on the track flow. I wonder which 19 tracks were rejected as I usually find it when bands hover over their art (like God did over the face of the waters in Biblical Genesis) that the music and the album is better for it.

When all is said and done, Amorphis is still Amorphis on their 14th studio album. Let the last paragraph not dissuade you from reaching for “Halo”, a near excellent record filled with peerless songwriting musicianship and enchanting vocalizations and which definitely keeps yours truly both a fan and longing for more while hoping for even better quality on subsequent albums.