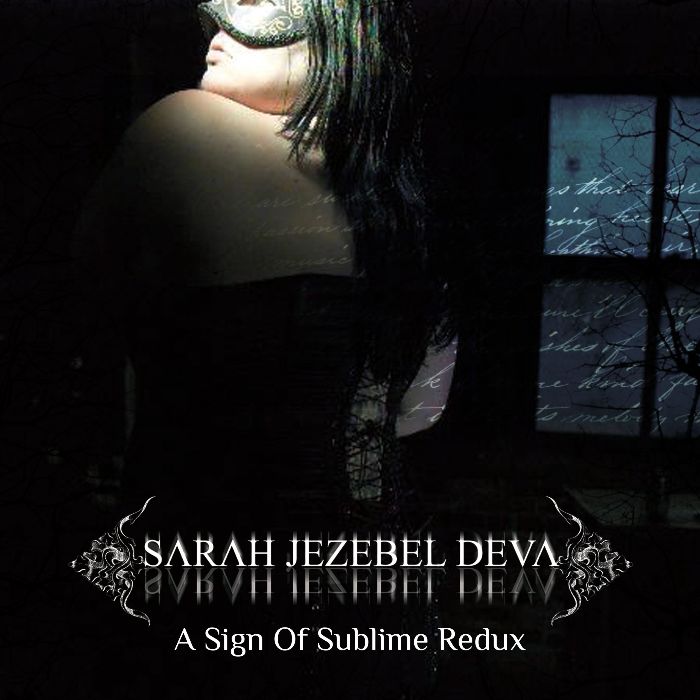 Legendary vocalist SARAH JEZEBEL DEVA has revealed her song "A Sign Of Sublime (Redux)". The track is a re-working of her classic song from her debut solo album and features guest appearances from Lindsay Schoolcraft (Juno nominated singer/Songwriter) and Ghul (MAYHEM).

"I’ve made it no secret that most of us involved with the out come of the album "A Sign Of Sublime" was a total disappointment, I’m not talking the orchestral tracks as 2 of them were off of the demo that Chris Rehn and I did before we formed Angtoria. I’m talking about the metal tracks. I never wanted to be just a backing singer, it was never the plan, so when you get a record deal under your own name, it’s a huge thing. To spare you the details, it ruined what dreams I had before the solo career started. I remember Dan, the guy mixing it saying to me outside the studio how over edited everything was and he literally couldn’t do a thing to save the album, basically you can’t roll a dog turd in icing sugar in the hope it will taste good. I’ve never seen a penny from the album, never seen a sales or streaming statement and the whole experience leaves a bitter taste in ya mouth. The guitarist who also had a dream, well I couldn’t explain what had happened as I knew he wouldn’t believe me and we stopped talking, but years later, trying to close the door on the album and company that destroyed it, we decided to re record the title track and show people how it should have been, how it should have sounded. Since meeting Dan, we have become really good friends, he has been by my side since he attempted to mix that album, so without him, this track wouldn’t haven’t happened. I’ve had so many good people, friends, get involved or give their blessing for this re recording, I am honoured and extremely lucky. We may record Lady Tyranny early next year also, but once that’s done, the door is closed. I hope people love it, but I do ask not to stream or buy the original album, go to YouTube and check it if you must. Hope this all makes sense and thank you."