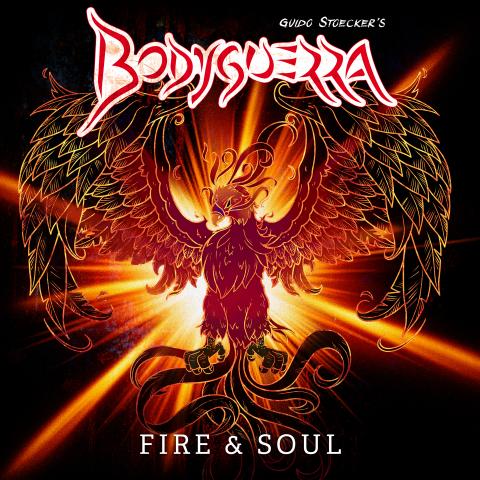 The Spanish hard rock outfit Bodyguerra’s upcoming full-length opus titled "Fire & Soul", which is comprised of thirteen tracks in total – two of which are bonus cuts, is characterized by Ela Sturm’s vocals and the varied guitar work of Guodo Stoecker, but frankly, there is nothing truly interesting going on here as such. Some solid riffs do appear as do the occasional strong and catchy melody line, but there is not an ounce of energy, excitement, or atmosphere anywhere in sight here. The song material lacks power and imagination, and to these ears it is as if the vocals and actual music fail to complement each other properly and take things to the next level.

The most appealing tunes are the punchy "Magical Touch" and the aggressive "Breakout" – both of which display a little more spirit and rawness than the others. On the other hand, "You Never Know Why" and "Soultrail" are absolutely horrendous. I was definitely expecting something more fulfilling and hard-hitting than this and the whole thing is simply too unremarkable and utterly forgettable in the overall perspective.