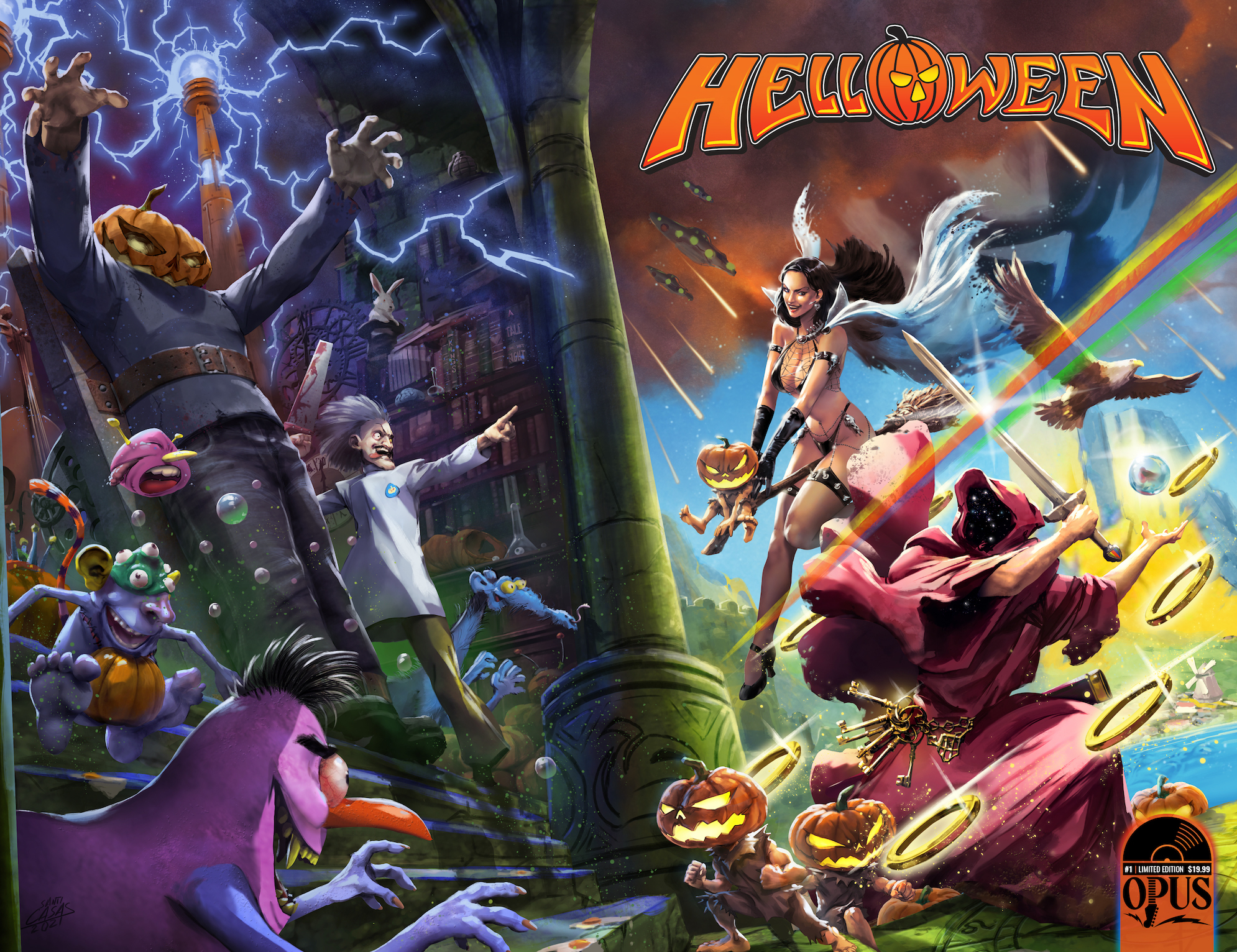 Pumpkin fans, unite! Helloween and Incendium are teaming up for the launch of Seekers of the Seven Keys, a supernatural horror-fantasy comic book that explores the iconic cast of characters depicted on album covers from the legendary German heavy metal band, known as the "godfathers of melodic speed metal." Incendium is also thrilled to announce a line of collectible Helloween action figures inspired by the bands’ cover artwork and lyrical lore: The Keeper Of The Seven Keys, The Witch, and Jack O. Lantern.

In Seekers of the Seven Keys, the mystical Seven Keys have been lost, and the Keeper wants them back. But he’s not the only one looking. And when teenage siblings stumble upon the quest, they embark on a 1980s-style science-fiction, fantasy adventure filled with the horror tropes, campy characters, and throwback humor for which the band is known.

Helloween guitarist Michael Weikath said, "Obviously, Dr. Stein is not the only one who can come up with funny creatures. We are thrilled to see the characters from the Helloween universe finally come to life! The team of Incendium did a great job and created an exciting new comic adventure. As we say in Dr. Stein: And their time is right!"

Added Llexi Leon, CEO of Incendium: "Helloween’s offbeat comic, inspired by their epic music, fuses fan-favourite characters with whimsical fantasy-and a healthy dose of heavy metal! As they are one of the great innovators in the genre, it’s been a joy to revisit their catalog, particularly the ‘Seven Keys’ saga, and lay down the groundwork for an all-new narrative that will appeal to long-time fans of the band and Halloween horror aficionados alike!"

The debut of the comic book comes in the wake of the recent release of Helloween’s self-titled album, which has climbed to the top of the charts across the world. The album is reminiscent of all eras of the band’s history, and unites their three vocalists Michael Kiske, Andi Deris and Kai Hansen. The band’s sixteenth studio album was released by Nuclear Blast Tonträger Produktions- und Vertriebs GmbH in June.

The first printing of the comic will be limited to 2,000 copies at $19.95, and is available to order from https://incendium.online/collections/Helloween. It is available to order now and ships by October 31, 2021. The Keeper Of The Seven Keys, The Witch, and Jack O. Lantern action figures are also available to pre-order for $29.95, shipping spring 2022.

Seekers of the Seven Keys #1 credits:

Helloween "The Keeper Of The Seven Keys," "The Witch," and "Jack O. Lantern" Figbiz Action Figures by Incendium

Founded in 2006, Incendium is a multi-faceted production company known for an array of animation, comic books, toys, and video games. Driven by our team’s passion for Myths, Monsters, and Metal the brand embraces 80s and 90s counterculture with a contemporary twist. 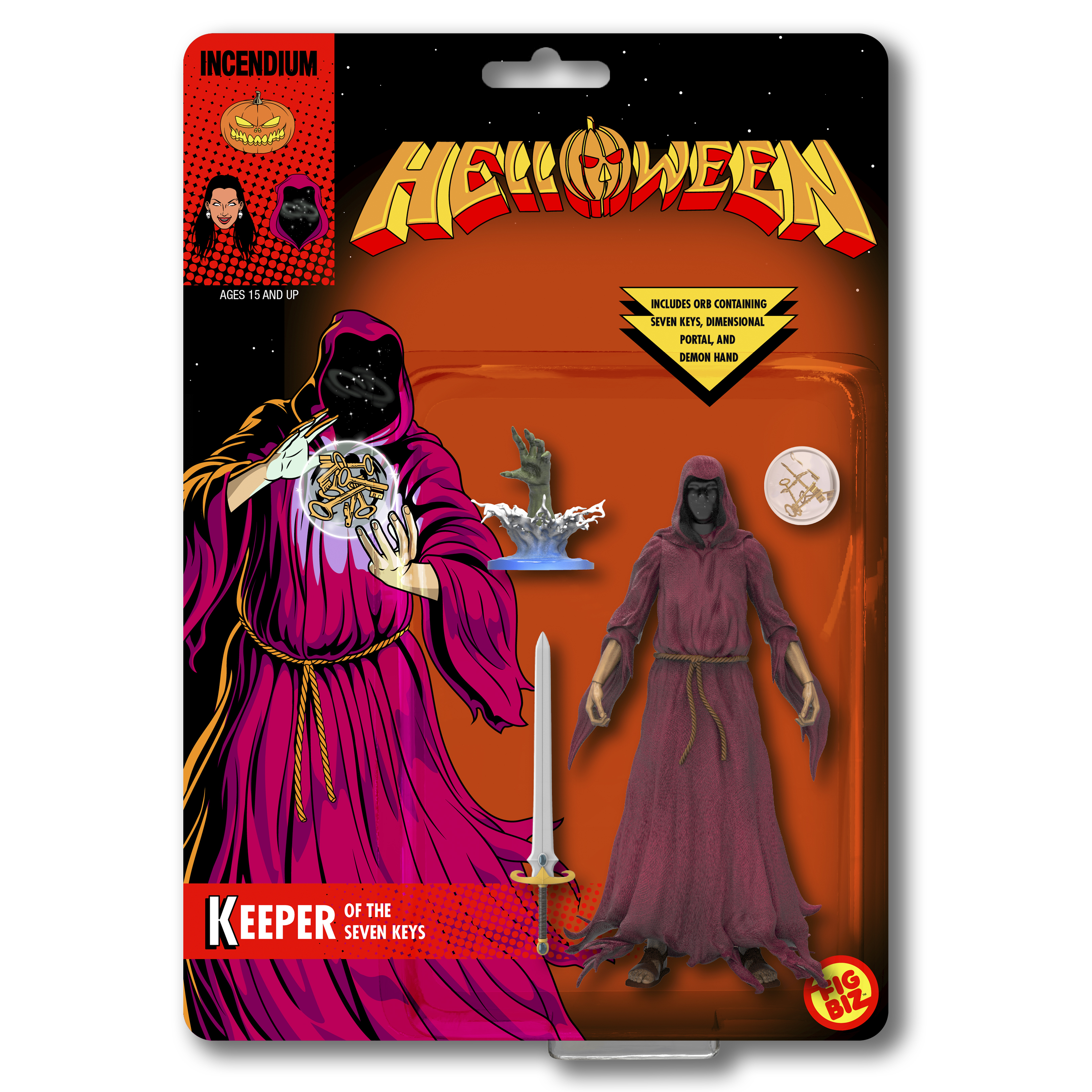 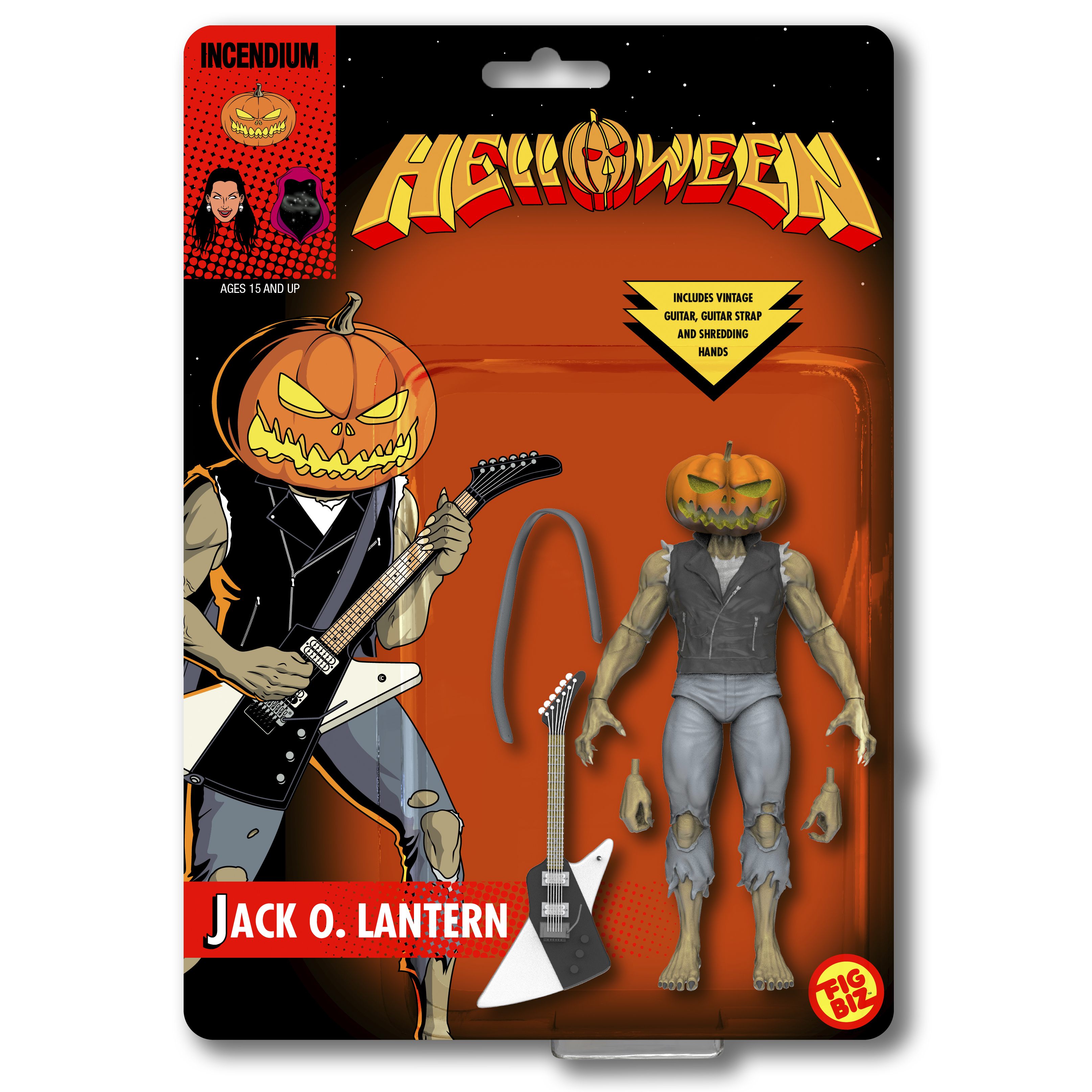 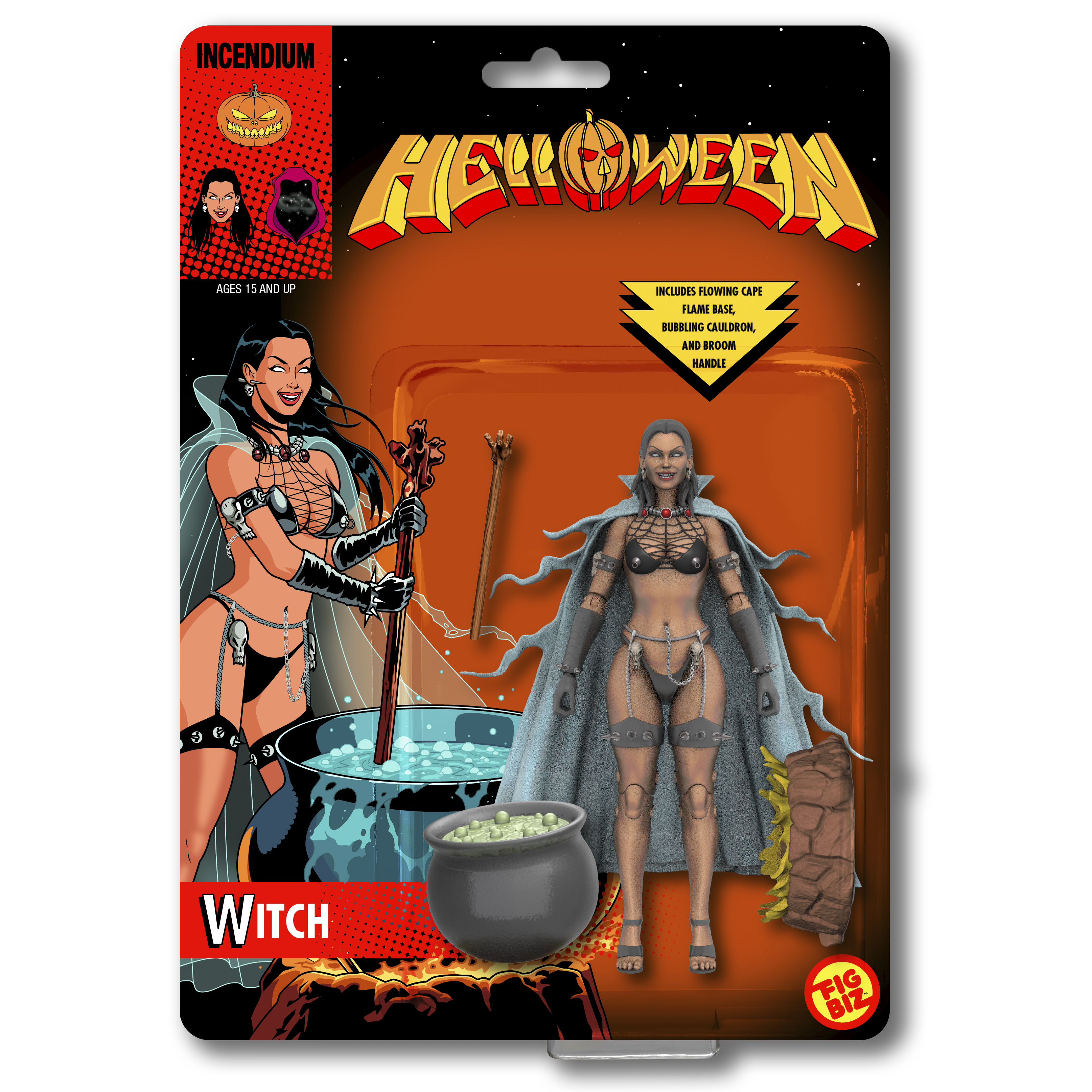 Get the album here: https://nblast.de/HELLOWEEN-Helloween