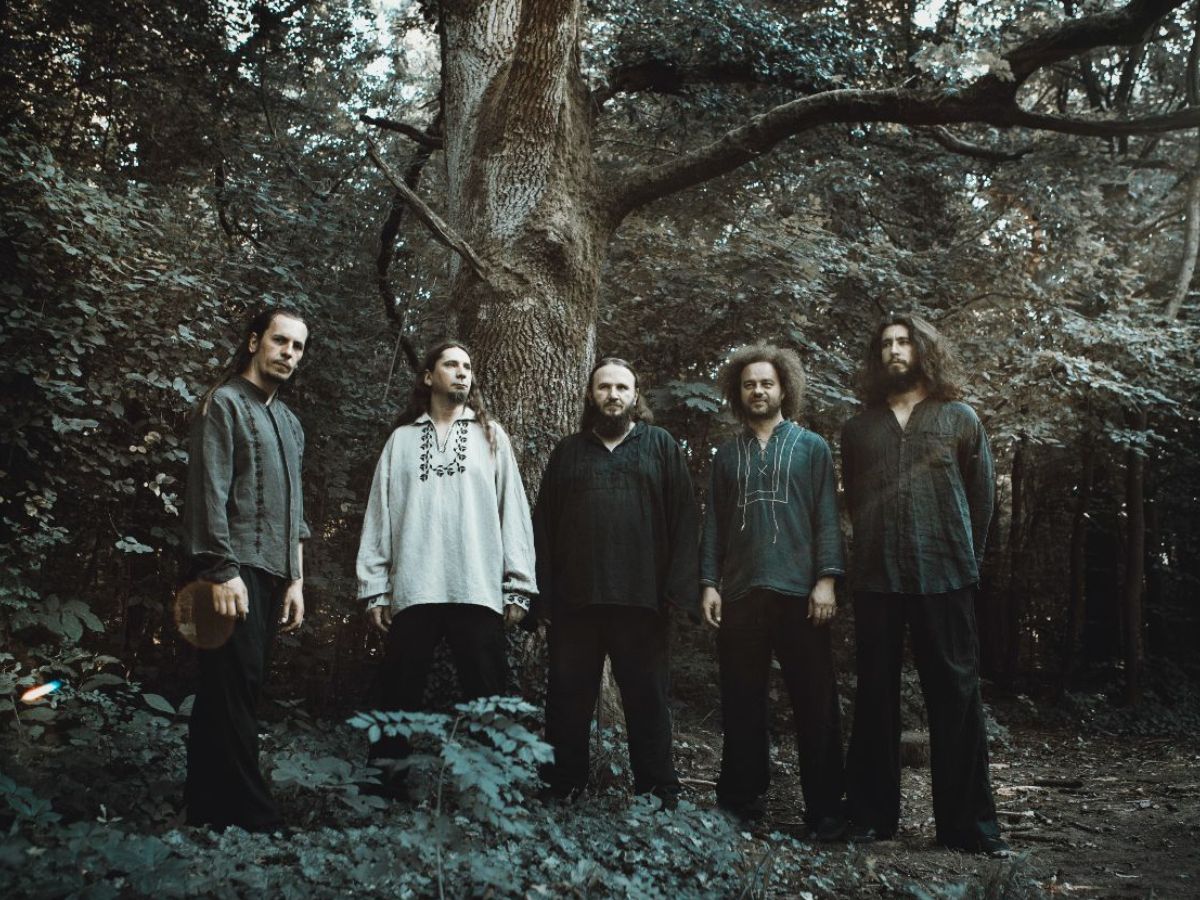 NEGURĂ BUNGET are now unveiling the video ‘Brad’ ("fir tree") as the first single taken from the Romanian black metal pioneers‘ final album and conclusion of their "Transylvanian trilogy", which is entitled "Zău" ("Old God"). "Zău" has been slated for release on November 26.

"Zău" is the legacy of drummer and mastermind "Gabriel "Negru" Mafa, who tragically passed far too early at the age of 42 years on March 21, 2017. This album has been completed and respectfully created upon Negru’s original drum-track recordings by the last line-up of NEGURĂ BUNGET.

NEGURĂ BUNGET are furthermore revealing that cover art, tracklist, and more details of the new full-length.

NEGURĂ BUNGET comment: "After the tragic passing of Gabriel ‘Negru’ Mafa we all felt compelled to fulfil his legacy according to his ideas and wishes, which meant that we had to complete the Transylvanian trilogy", writes the band collectively. "Working on this album, we all felt Gabriel’s guiding presence among us. We all knew the details directly from him, because as the very organised person that Gabriel was, he had written everything down. The drums that you hear on ‘Zău’ are played by Gabriel as he had already recorded the pilot for the album before his passing. The rest of us just contributed with our parts as usual, although it was a difficult time and process for all of us. We missed the musical and philosophical debates with Gabriel. In the end, we succeeded to complete his work. The title of the third part of the Transylvanian Trilogy ‘Zău’ means ‘Old God’ in Romanian but it also designates a wonder. This album focuses on Transylvanian landscapes, mythology, and spirituality. ‘Brad’, which translates as ‘fir tree’ represents the most cinematic track of this album. The symbolism of the fir tree in Romanian traditional culture is vast and complex. For example, it can represent immortality and the circle of life as it accompanies all the important stages: birth, marriage, and death. Our friend, the artist Daniel Dorobantu created the stunning video for this song."

Martin Koller adds: "In many ways, ‘Zău’ is unlike most other albums", writes the label’s founder. "We felt it important that this record would be released in the 25th anniversary year of Prophecy Productions as it somehow felt that this would add to the special tribute we intended it to be to the late Gabriel ‘Negru’ Mafa. He spoke so many times about the Transylvanian trilogy and how much it meant to him that we knew, we had to get it right. It was so very important to Gabriel, it had become very important to us, his label family. We want to honour all those years of friendship and fruitful collaboration with this posthumous release. We are therefore beyond grateful from the bottom of our hearts for the band to be able to finish what they had started with Gabriel: A stunning testimony of the innovative power and musical creativity of Negură Bunget’. We also want to express our deep gratitude towards everybody else, not at least Gabriel’s wife Alina, who helped in the making of this amazing record and its artwork. We are glad that we will make it happen before this year is over and we sincerely hope, you will come to love ‘Zău’ as much as we do."
Video credit
Created by Daniel Dorobantu

The video containing an edited version of ‘Brad’:

NEGURĂ BUNGET present their breath-taking swansong "Zău" to the world. This captivating, deep, and multi-layered final part of the Romanian’s "Transylvanian trilogy" was hanging by a thread.

When the creative mastermind and driving force behind NEGURĂ BUNGET, drummer Gabriel "Negru" Mafa suffered a terminal heart-attack on March 21, 2017 his tragic passing seemed to dictate that his grand vision of a metal-anchored musical interpretation of Romania’s beautiful landscapes, traditions, and myths as well as his homeland’s spiritually was doomed to remain as unfinished as Beethoven’s 10th symphony.

Yet the veteran musicians that had been with Negru in the final incarnation of NEGURĂ BUNGET‘s ever-changing line-up were not prepared to give up let his vision slip into unheard obscurity. By sheer luck, Negru’s drum tracks for "Zău" had already been laid down and recorded before the band’s final tour. All the sketches, demos, and rehearsal room recordings that they had been working on were painstakingly gathered, and each band member respectfully filled in the gaps in the same way as they would have done with the remaining co-founder of NEGURĂ BUNGET still alive; in utter dedication to the original idea.

The result of this labour of love is "Zău", the stunning culmination and climax of NEGURĂ BUNGET‘s musical evolution and the "Transylvanian trilogy". On this album, the traditions of black and dark pagan  metal have been completely fused with elements from Romania’s rich musical heritage. Rich textures and epic cinematic passages make way for fragile and tranquil moments to be superseded by furious outbreaks. Just like the ever changing nature of Romania’s Banat and Transylvania, "Zău" captures the colours and moods of the turn of the seasons in these lands and brings ancient legends to life.

Formed in the city of Timișoara in the Banat region of Western Romania in 1995 by Negru and guitarist, vocalist and keyboard player Edmond‘ Hupagrammos’ Karban, NEGURĂ BUNGET‘s more traditional black metal roots already showed some hints of the rich, sensory experience that would follow. Initially released on cassette, the 1996 debut, "Zîrnindu-să" was a whorl of Negru’s tumbling, cymbal-crash percussion, Hupagrammos’ part feral, part awe-stricken vocals and his scrabbling, tremolo-picked riffs.