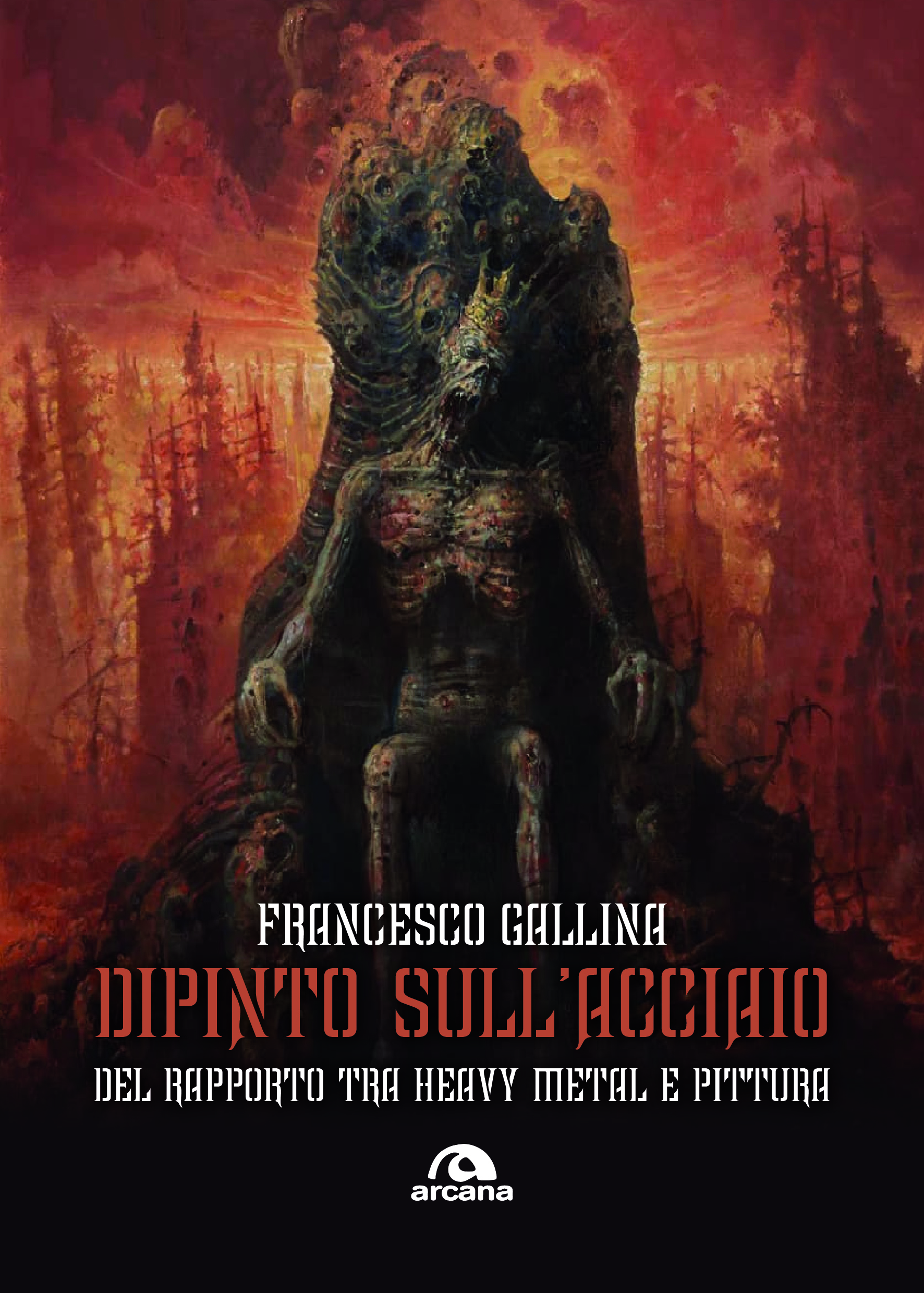 Painted On Steel – About The Relationship Between Heavy Metal and Painting

"A concept, that of the sublime, which is to be placed in direct relationship with the idea of immense and the sensations that awaken in us those evoked by what is beyond us and the horrible. So also of life and death and of all the emotions that flow in between, as painting has always done. It is therefore not entirely natural that the works of the masters of the brush who more than others have been able to translate all this on canvas have been made their own by a world like that of metal, which largely travels the same roads in search of the same answers? "

Despite the massive presence of important intellectual references within it, the world of heavy metal is seen from the outside using the distorting lens of prejudice, which distorts and deeply mortifies the meaning of the largest part of this subculture. Instead, it is characterized by profound references to various basic artistic sectors to define the identity of individual populations or of the human race as a whole. Religion, philosophy, science, politics, history, folklore and various other topics of common interest to every person of culture are not too difficult to trace within it. Thus, it is equally natural that a massive use of the work of great painters has been made and is being made for the covers of some of these, and even more macroscopic that the common perception with respect to a multifaceted expressive form such as the one being analyzed, is wrong. Pointing it out can help not only to better understand a world that is a true cultural deposit by the most substantially ignored, if not derided or denigrated, but in the same way to make or re-establish contact with an important part of European culture and beyond. The characters who have lent their work for metal by approaching the subject with a mentality close to that of some heavy artists are so many, that ignoring this aspect of the question would mean doing a serious wrong to the world of knowledge. From epochal painters such as Hieronymus Bosch or Goya to names very close to us such as those of Giger and Beksiński, to a series of modern and contemporary illustrators such as Frazetta, Riggs, Girardi or Kantor, the simple superficial analysis of the vastness of the pictorial references considered basic from any art critic worthy of the name that are observed in the hm sector, should lead us to reflect better on how an entire musical universe would deserve to be considered. Without hastily dismissing it as pure and simple expression of empty rebellion as such or worse, as a dangerous phenomenon to be fought to protect the most respectable society from the harmful influence of a handful of Satanists, alcoholics and drug addicts addicted to noise, as so many seem still think. "Dipinto Sull’Acciaio/Painted On Steel" initially deals with the presence of classic pictorial works in the artwork of heavy metal albums and around, dividing it into several parts. In the first, he takes as an example a small series of very important authors – the so-called "Totems" – who have been heavily chosen by metal groups, or who are in any case important for some particular records related to them and therefore are better known by listeners such. Or again, that due to their particular pictorial inspiration and the way they lived, they are to be considered as intrinsically heavy. Then it does the same for some others belonging to conceptually metal pictorial currents such as Romanticism, Symbolism and Pre-Raphaelites, but in a more synthetic way. To close the first part, the book makes a run from the fourteenth to the twentieth century observing some painters "cannibalized" by metal musicians, to demonstrate how the heavy interest in painting goes through a huge time span which, moreover, could have been treated in even more vastly and with black metal to mark the majority of the passages. In the second part, however, he deals with some illustrators / designers who have produced very important covers both for their aesthetic impact and often also for the quality of the records they are associated with, indicating their relationship with the art of past centuries and influences coming from this, repeatedly encroaching on the world of comics. Establishing once and for all that to convey culture in our day, it would probably take many more Bruce Dickinson and Dave McKean and indeed less Sfera Ebbasta and Myss Keta to rape our brain cells. Noteworthy is the preface by Eliran Kantor and the afterword by Steve Joester.

With literary contributions and illustrations by Eliran Kantor (illustrator for Testament, Helloween, etc.), Mario Di Donato (Unreal Terror, The Black and established painter), Enzo Rizzi (author of Heavy Bone: the history of comic rock, etc. .), Paolo Girardi (illustrator for Manilla Road, Dark Quarterer, etc.) and Steve Joester (photographer for Judas Priest, Rolling Stones, Pink Floyd, Sting, etc). The work, 496 pages long, was included by Amaranta Saguar García on behalf of the international cultural organization ISMMS (International Society for Metal Music Studies) among those of interest for its scientific / literary database, was presented with audio / video interviews in Argentina by truenosmetalicos.com.ar and from the radio station NAP-La Falda , throughout Latin America, Spain and Portugal from the Metal Invaders broadcast via the TV platform wowelsalvador.com and the release of the book was also widely reported by the Chilean webzines rocklegacy.cl and zerovarius.cl

Francesco Gallina began at the age of seventeen as a radio speaker and initially writing for the Turin fanzine "Metal Fortress" which later became "Inferno Rock", the first magazine dedicated to heavy metal in Italy regularly published on newsstands. Since 2005 he has written for the metal webzine «metallized.it», for which he has published to date over 2000 reviews, live reports, in-depth articles with a social and cultural background and interviews with some of the most prominent personalities of the international metal scene. He has published some short stories with Perrone Editore, he is the author of the preface of the biography "Rory Gallagher, the white bluesman with the checked shirt", of "Italian Thrash Metal Militia" and "Welcome to Hell". A review of him is included in the volume «Italian Rhapsody. The Queen’s adventure in Italy». In 2019 her volume "Rocky Women – 50 portraits of rock females" was released and in 2020 "Adepti della Chiesa del Metallo", both for Arcana Edizioni.