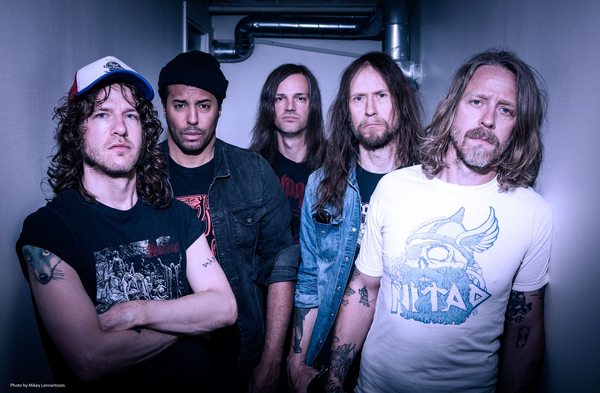 BOMBUS – release new track and video for the punk-metal-anthem

Waiting on the world to get back on its feet it has been a bit quiet around the Swedish punk-/metal outfit BOMBUS. But often quiet times have their reasons and can create great things.

The five heavy rockers used the time to emerge with a bang in 2021!

With their new track "Abomination Rock’n’Roll" they are having an affair with Motörhead, W.A.S.P. and Poison Idea at the same time! See for yourself and watch the new video

The single (digital release only) is available since today on all streaming platforms and can be checked out HERE.

Head and leader of the band "Feffe" (guitar/vocals), finds the following words: "‘Abomination Rock’n’Roll’ is a nugget for fans of Punk Rock Metal. It’s the first out of the two tracks we release this summer. Enjoy! And remember, you can’t make a silk purse out of a sow’s ear. Or so they say."

Another single will be released in late summer this year which is a forerunner what to expect in the near future! Stay tuned!

Alive At Midnight – new single out