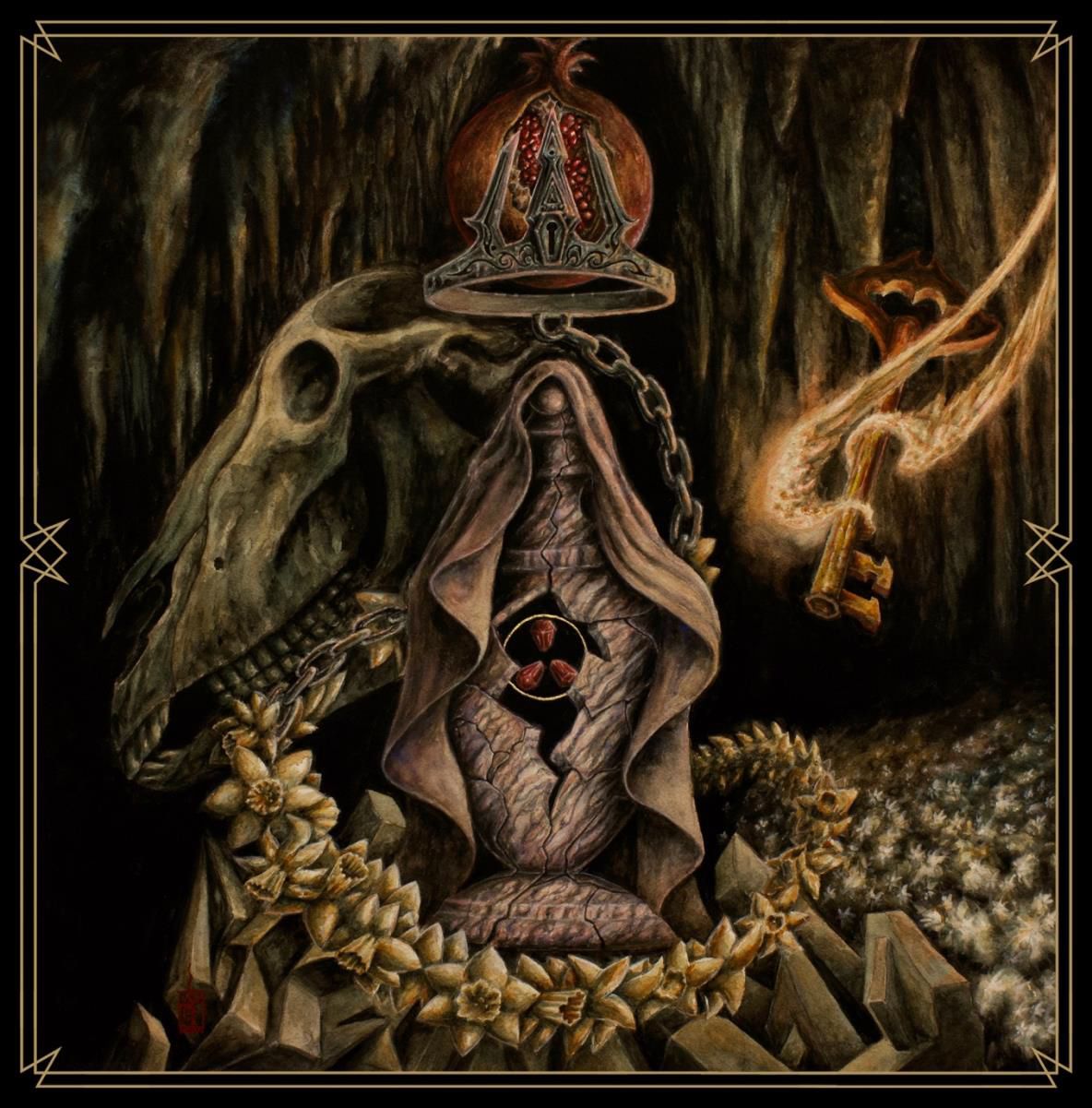 On "Opprobrium", Lykhaeon presents a stirring interpretation of a classic tale from Greek mythology, providing a musical and lyrical underpinning that allow this compelling story of desire, deception and the arrogance of immortals to sear through the listeners speakers and grasp them with an urgency rarely seen when delving into the selected source material. The musical scope of Opprobrium exceeds what is commonly exercised in modern extreme music to include unorthodox acoustic instrumentation and choir vocalisations that, albeit grand in presentation, are wholly necessary to appropriately convey the unfolding narrative.

"Chorus: Born of the light and the earth, pure succulent flesh, white limbs of desire, unsuspecting and gay, beware the temptation that groweth from the earth below thine feet. For he is coming and his hunger is ravenous, his cunning great and his desire unshackled."

WATCH THE LYRIC VIDEO TO THE FIRST SINGLE ‘DESCENT INTO RUINOUS SPLENDOR’ HERE:

When the lust of immortals becomes insatiable, it is frequently the realm of mortals that serves as the spring from which all desire can be quenched and any thirst satiated. Such is the fate of Persephone, who is – according to some tellings – the victim of a cruel ploy, a conspiracy incarnate, whereby her flesh is beset by the desire of the deity Hades. In his arrogance, appearing before her on a gilded chariot, treachery allows Hades to abduct the seed.

"Hades: My hands are the shrines of desolation, my breath reeks of ancient foul flesh, souls devoured by my ruinous splendor, abducting the seed!"

Lyrically, the tale of Persephone’s abduction by Hades and her eventual liberation, partially hindered b Hades’ final temptation, is composed in the form of a play, where the Chorus serves as an expository narrator alongside the characters of Hades, Zeus and Persephone. Each of the seven tracks on the album encompasses a short act, or rather a significant sequence of events driving the
plot.
"Chorus: The whorish arrogance of immortals feeds the corruption of their flesh;
For they know naught but desire and the pursuit of all indulgence."
Lykhaeon was exhumed from its vermin infested crypt in 2013 and is affiliated with the Helvetic Underground Committee. This is the first – and thus far only – release that sounds how Lykhaeon should sound.

Recorded in late 2019/early 2020 in the Crypt
Mixed by Kerberos & Meister T
Mastered by VK.
Artwork by Elijah Tamu