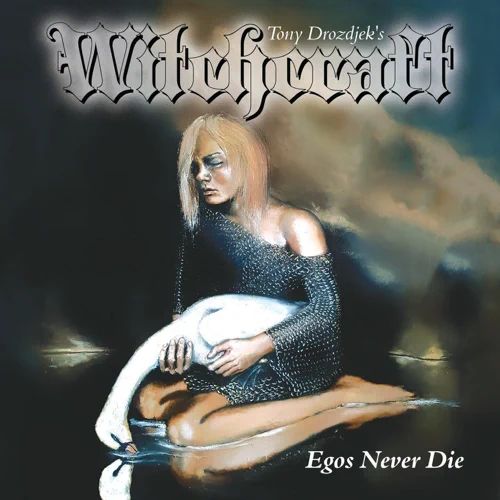 What we have here is a highly captivating compilation album that is both historically interesting and exceptionally cool, namely "Egos Never Die" by the Norwegian entity known as Tony Drozdjek’s Witchcraft. In many ways, it sounds like a cross between Budgie, early Iron Maiden, Angel Witch, Saxon, and to a lesser extent Judas Priest around the time of "Sad Wings of Destiny", which means that we are served robust, well-crafted heavy metal with plenty of light and shade to it. From galloping, fist-pumping passages to mellow yet slightly eerie sections, this is raw, dynamic, and inventive NWOBHM-influenced metal harboring finesse and countless prog rock touches.

The clever use of keyboards, the acoustic-sounding passages, the progressive influences that often sneak into the frame, the infectious vocal melodies, and the fascinating song arrangements are what makes me draw parallels to the inimitable Budgie. Tony Drozdjek’s Witchcraft have a certain way of adding flavor to their songs and introducing several unexpected twists and turns throughout that are bound to make the listener sit up and pay attention. A significant part of what makes the outfit’s material intriguing is the element of unpredictability that courses through the wildly creative endeavor. There is hardly a single riff on the disc that is not catchy or instantly memorable, which speaks volumes about these guys’ knack for churning out solid hooks that will linger in the back of your mind for hours after having spent time in its company. However, let me just make it clear that the compositions possess more than enough depth and layers to warrant many repeated listens, so it is neither one of those discs that you will immediately tire of nor simply dismiss as being too uneventful or straightforward. If anything, the progressive overtones as well as the musically adventurous nature of the opus ensures that things never turn stale or boring around here. It should come as no surprise that the production of the record sounds a bit dated from a modern perspective, but to these ears that only adds to its huge charm and aura. Given that these tunes were captured for posterity back in the 80s, it is hardly surprising that the entire affair bears the production hallmarks of said era.

"Egos Never Die" is definitely worth looking into and an inspired effort that is melodically rich and steeped in a dark atmospheric.

THE BEAST OF NOD – Multiversal